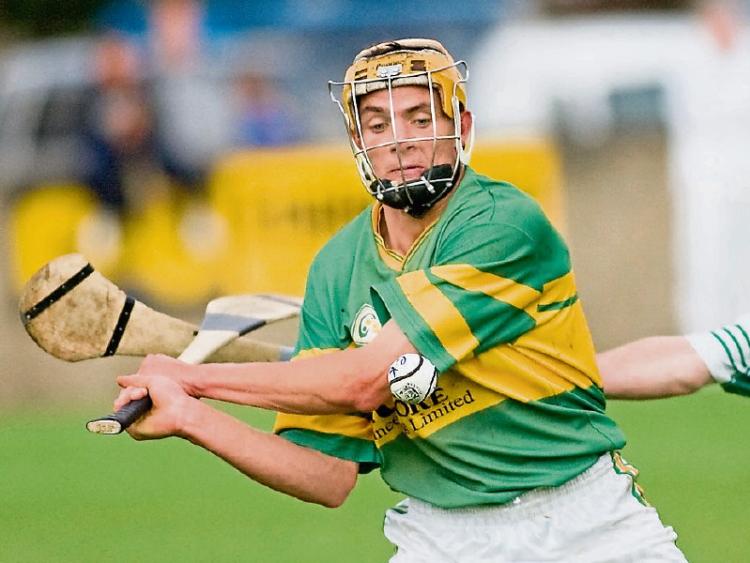 Bansha will host the final for the first time since 1992 when Clonoulty/Rossmore defeated defending champions Cashel King Cormacs.

Eire Og will be playing in their 27th final, their seventh in the last five years as they look to regain the O’Dwyer Cup they held for three years in succession from 2013 to 2015. They will be looking for title number 12 in their own right while they have also two titles joined with Golden/ Kilfeacle (2004) and Cappawhite (1961).

Clonoulty/Rossmore will be playing in their 34th final and looking for title number 20 as they look to retain the O’Dwyer Cup for the fourth year in succession. Twelve months ago they became the first team to reach nineteen titles and go clear at the top of the roll of honour.

From a form guide Eire Og Annacarty Donohill will be slightly the happier going into this final. Eire Og  go into the West Final following two wins out of three in the County Championship scoring 2-56 while conceding 2-47.  Eire Og though had to survive a late scare on Sunday last against Cashel King Cormacs with just 1-7 coming from play in their final total of 1-16.

Clonoulty/Rossmore go into the West Final with just one win out of three in the County Championship scoring 5-51 while conceding 3-52.

If Eire Og are to have a chance on Sunday they must  stop the main scoring threat of Timmy Hammersley and Dillon Quirke.

Going back to last two finals, it could be broken into two parts – what could have happened and what actually happened.

What could have happened – Clonoulty/ Rossmore could have been out of sight in 2017 in the opening ten minutes had they taken their chances.

What happened – Eire Og stuck with Clonoulty/ Rossmore until the introduction of Timmy Hammersley who helped turn the game in the Clonoulty men’s favour.

Twelve months later Eire Og had plenty of chances early on to make their mark on the game but failed to take them. Enter Timmy Hammersley who went roaming out from the full forward line and got vital scores from play and placed balls to settle Clonoulty/ Rossmore. He finished with 10 points out of 20 and was Clonoulty’s go to man once again. While there was only two between them the influence of Hammersley cannot be understated.

Timmy hit 2-11 from play this year with Dillon Quirke hitting 2-12. With all the talk of man markers and sweepers all summer at intercounty level will we see something similar on Sunday to counteract the influence of Hammersley and Quirke.

Hammersley and Quirke are not the only two Clonoulty attackers. Cathal Bourke could have a big say on proceeding and Diarmuid Ryan will have to keep a tight reign on him here.

Michael Ryan W was a different player when moved out to midfield during the 2018 championship and his pace will be vital to how the Clonoulty/Rossmore attack functions. Should Eire Og crowd the defence then his pace to act as a seventh forward to create vital scores, chances and space will be curtailed.

The Eire Og attack is a bit different from the Clonoulty/ Rossmore attack, while no one or two players shoot the lights out from 8 to 15 they constantly chip in with between one and three a game. Enda Heffernan will likely pick up Tom Fox who will operate around wing forward and has consistently added to Eire Og’s tally in the County championship and on Sunday last added 1-1 from play. Seanie Ryan and Ronan O’Brien are experienced attackers while they also have younger players like Aidan Griffin and Connie Bradshaw in their second season in the grade. James Ryan will probably go on Seanie Ryan with Joey O’Keeffe picking up Ronan O’Brien should the latter start.

Centre forward is a huge position for Eire Og in terms of dictating play both attack and defensively. John O’Keeffe is one of the players that makes Clonoulty/ Rossmore tick and at centre back he can be a launch pad for their attacks. While Donal O’Dwyer will be a forward if lined up against of O’Keeffe he will also have to try to curb the effect John O’Keeffe has on Clonoulty/Rossmore.

Eire Og struggled on the goal trail in the County championship with just two goals both coming in their last two games and on Sunday last added just one more. Though they have averaged 18 points per game. Two thirds of their scores are coming from play with the final third from placed balls, with Aidan Griffin and Seanie Ryan to the fore on free taking duties. From play the majority of their scores are coming from 8 to 15 averaging around eleven points per game in the County championship.

Their bench too has made an impact with Dinny Crosse hitting five points in two games when being brought on as a sub.  Tom Fox has moved from wing back to wing forward and has certainly added to Eire Og’s attack with 2-6 in four games. Their midfield of Conor O’Brien and Paidi O’Dwyer have been consistent too in the scoring ranks.

Clonoulty/Rossmore have hit five goals in the championship though four of them came against Moycarkey Borris who finished bottom of the group and they didn’t raise a green flag against Toomevara. Points wise they have averaged around 19 points per game, with an average of 13 points from play in their four games so far this season. It averages about 50/50 between play and placed balls with Timmy Hammersley consistent in each game from the latter.

It’s another hard final to call. Can Eire Og stop Clonoulty/Rossmore getting another four in a row and take back the O’Dwyer Cup or can Clonoulty/Rossmore go further ahead at the top of the roll of honour. Whoever can hammer the hammer will definitely have the upper hand.  It’s a title fight that may well go to the final round with each team looking for that killer blow to knock out the other.