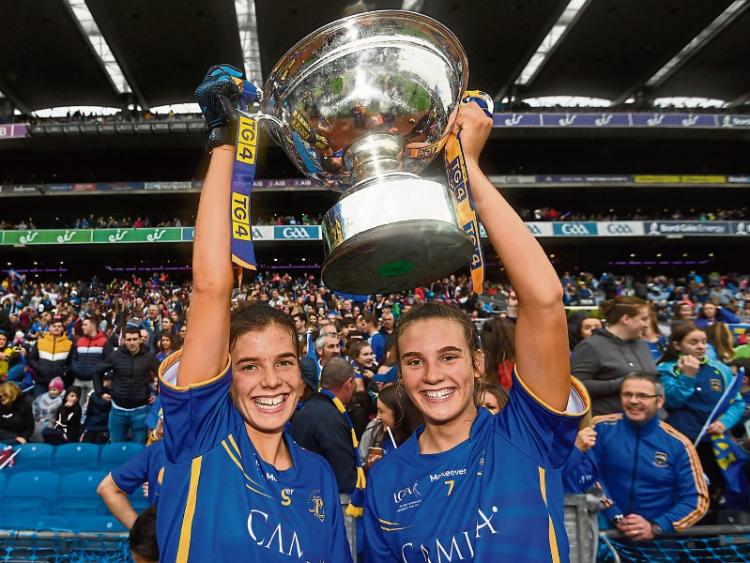 Aherlow were crowned the 2019 County Senior Ladies Football Champions on Sunday evening last September 29, as they defeated Brian Borus in a tense and  taut affair in Templetouhy.

Brian Borus opened the scoring with a point in the second minute from the boot of Patricia Hickey.  Aherlow responded at the opposite end with a point from Claire Mullins. As the game raced from end to end  Brian Borus extended their lead by two points, one each from Caoimhe Condon and Patricia Hickey.  Aherlow again pulled them back level and the sides were 0-6 apiece with just 17 minutes gone in this opening half. However a sin binning for Brian Borus goalie Nora Noonan in the 18th minute for a foul on Emma Morrissey reduced them to 14 players for most of the remainder of the half. Aherlow, keen to make the most of this, racked up the points and put 0-5 between the sides before Brian Borus Mairead Morrissey and Eimear Myles combined to rattle the back of the Aherlow net just before the break to narrow the gap to just two points. The half time score stood at Aherlow 0-11 Brian Borus 1-6. 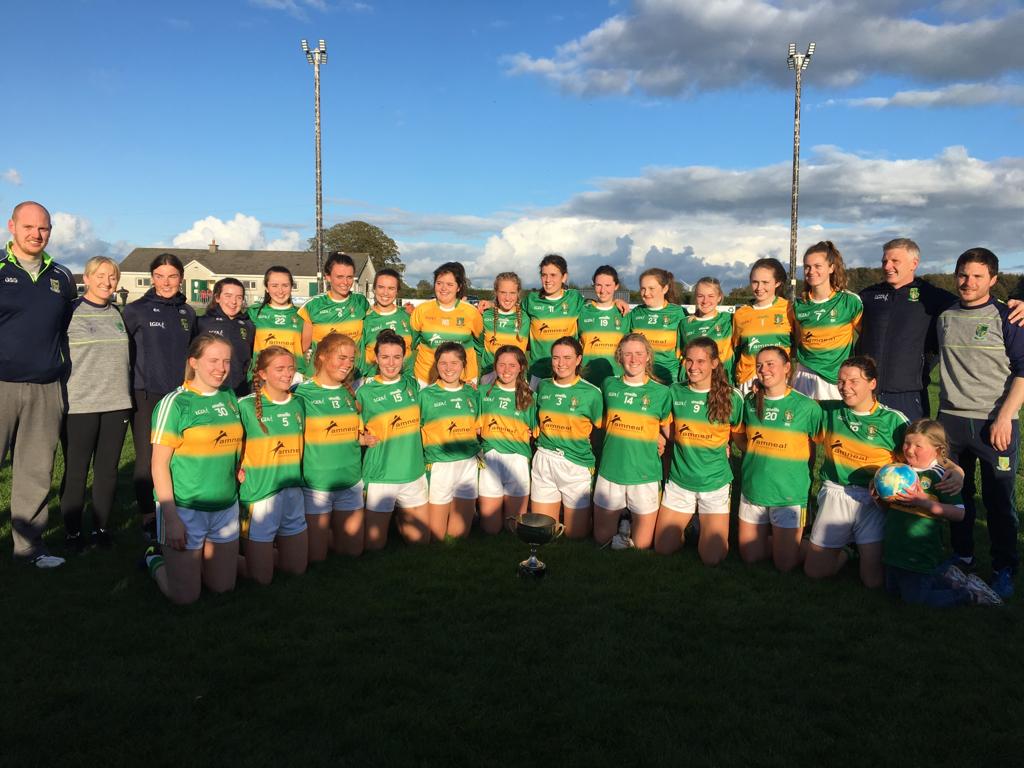 The Aherlow Ladies Gaelic Football team celebrate with mentors and mascots following their victory over Brian Borus in the County Final at Templetuohy on Sunday last.

On the resumption the sides again exchanged a point at either end, before Brian Borus’ Jennifer Grant goaled from the penalty spot, an advancing Caoimhe Condon deemed to have been pulled down in the square. Brian Borus were back in front. It was short-lived, though, as Siobhan Condon brought the sides level with a point less than a minute later. Brian Borus went two ahead  mid way through the half with a point each from Cliona O’Dwyer and Ciara Morrissey. However it was a goal from recently introduced substitute Sarah Morrissey in the 45th minute that put Aherlow back in front with a 1-13 to 2-9  lead.

Brian Borus battled all the way to the end but ultimately fell short of breaching that one point lead.

The final score was Aherlow 1-14 Brian Borus 2-10. Player of the match was awarded to first half substitute Kate O’Meara.