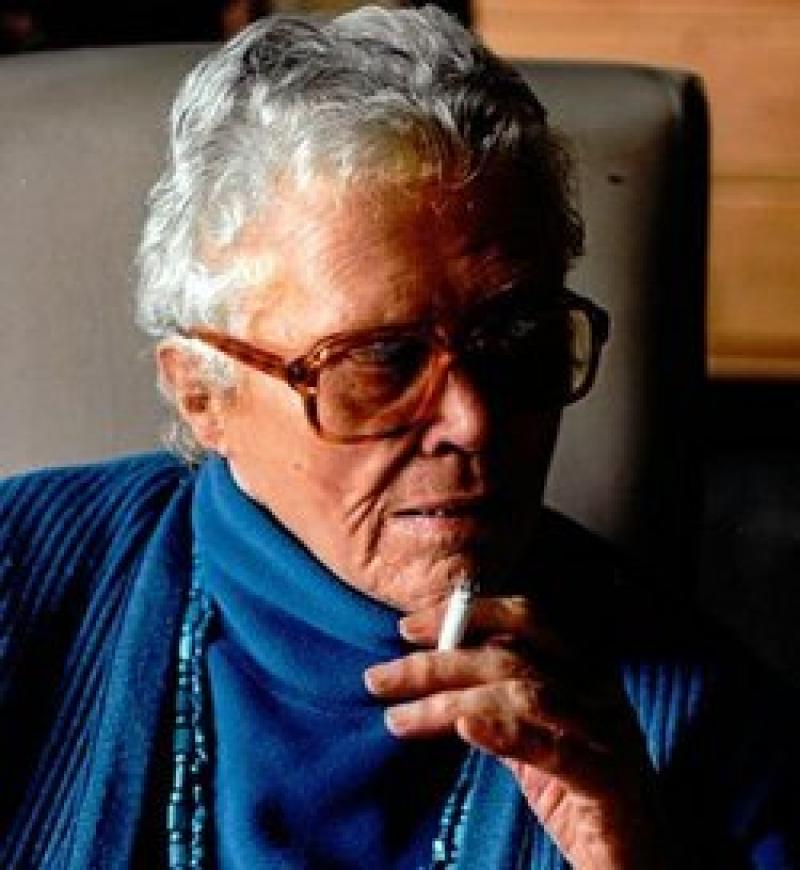 This year marks the 10th anniversary of the passing of the Irish stained glass artist, Helen Moloney.

I thought it appropriate therefore to remember Helen who was born in Henry Street, Tipperary on January 2, 1926, one of a pair of twins with her sister Mary.

She left school just before her 14th birthday, going on to study drawing part-time at the National College of Art (NCA) with Art O’Murnaghan.

She was awarded a series of bursaries and awards which allowed her to attend full-time to train as a painter, and she graduated in 1948.

Helen lived in Paris for nine months where she studied life drawing at the Académie de la Grande Chaumière, Montparnasse.

In 1952, she returned to Dublin and moved into a studio flat at 5 Waterloo Road, Ballsbridge, Dublin, where she would live for the rest of her life.

She took a position teaching art part-time at Blackrock Technical School from 1952 to 1964.

Having seen the stained glass of Sainte-Chapelle and Notre Dame Cathedral in Paris, and then seeing the memorial exhibition of work by Evie Hone in 1958, she took up stained glass as her medium.

In 1962, she exhibited at the third Salzburg Biennale of Sacred Art, and she assisted Pollen with the large commission for stained glass windows at a new church designed by Liam McCormick, St Patrick’s Church, Lifford, County Donegal, in 1964.

In 1964, having received a grant from the Arts Council, she established her own studio where she worked full-time as a stained glass artist. 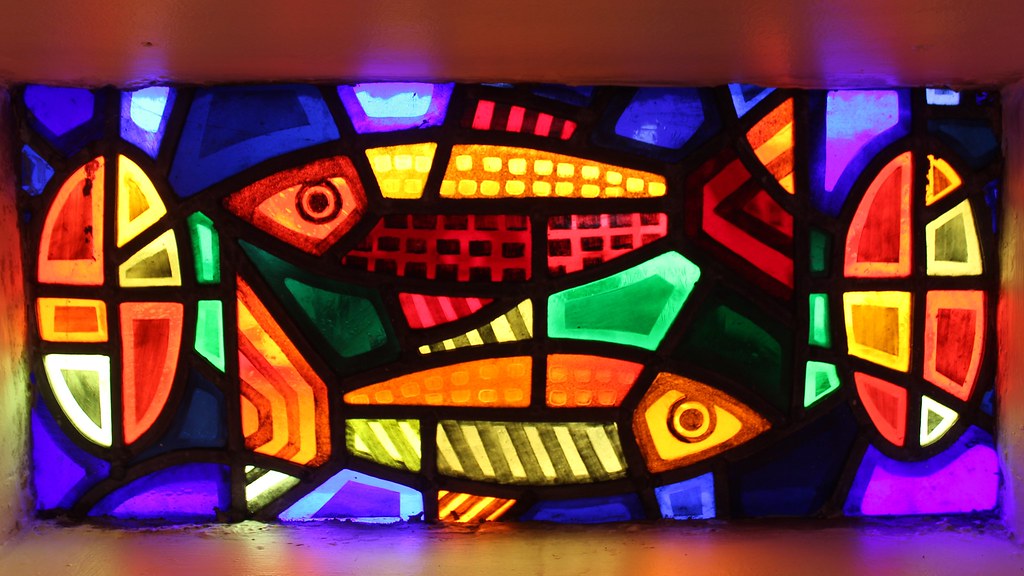 She went on to work numerous times with McCormick on the Catholic Churches he designed, completing 11 commissions for him.

Her first independent commission was on a McCormick Church, Star of the Sea, Desertegney, County Donegal in 1964. Her designs for the windows are of maritime Christian symbols in strong primary colours.

The 1967 Church of St Aengus, Burt, County Donegal by McCormick featuring her work is one of the most famous, and was awarded the gold medal from the Royal Institute of the Architects of Ireland for the period 1965–1967.

In 1977 she was commissioned to work on a non-catholic church, Donoughmore Presbyterian Church, Liscooley, County Donegal, creating the windows and designing a reredos hanging, depicting the burning bush.

Other architects she worked with were Richard Hurley, Philip Shaffrey and Andrew Devane.

Some of her last commissions were for St Stephen’s Church, Killiney, County Dublin, designed by Michael Brock (which is regarded as one of her finest), and St Francis of Assisi church, Drumnabey, Co. Tyrone, designed by Joe Treacy, both in 1982.

Writing in the Irish Arts Review Bart Felle says of Moloney’s work: “The legacy of stained-glass artist Helen Moloney is in the vibrancy of her colours and her use of coloured glass and lead lines in an abstract manner.

As such, her work merits examination in light of the increasing interest in and appreciation of late 20th-century Irish stained glass”.

Her paternal grandfather, Patrick James Moloney (1869–1947), was a pharmaceutical chemist and Sinn Féin TD in Tipperary from 1919 to 1923, being re-elected in June 1922 as an anti-treaty candidate.

Her parents were James and Kathleen Barry Moloney. Her father was an officer in the 2nd Southern Division and the 3rd Tipperary Brigade during the War of Independence, serving with the anti-treaty IRA as director of communications.

He was arrested in the Glen of Aherlow and imprisoned in various internment camps. On his release, he trained as a chemist and also worked for the Irish Sugar Company.

Her mother was the older sister of Kevin Barry and was active in Cumann na mBan, the Gaelic League, and Sinn Féin.

She worked in the Dáil Éireann Department of Home Affairs and travelled with Countess Markievicz to the US in 1922, at the request of De Valera, as a member of the republican delegation, raising money for the republican cause. In spite of this remarkable background.

Helen had no interest in politics or in the civil war.

She and her twin sister were the eldest of the family. Her younger sister, Katherine, became the wife of the poet Patrick Kavanagh.

She was always reticent about her work, never spoke about it and seldom if ever returned to look at it. She was elected to Aosdána in 1982.

She died at her home in Dublin on 6 March 2011, and is buried at Glasnevin Cemetery.

The Arts Council in a tribute after her death said that her stained glass is in dozens of churches across Ireland and England, and she had also designed crosses, doors, altar panels and tapestries.

Both Helen and her paternal grandfather, Patrick James Moloney, are featured in my book, ‘Tipperary People of Great Note’.