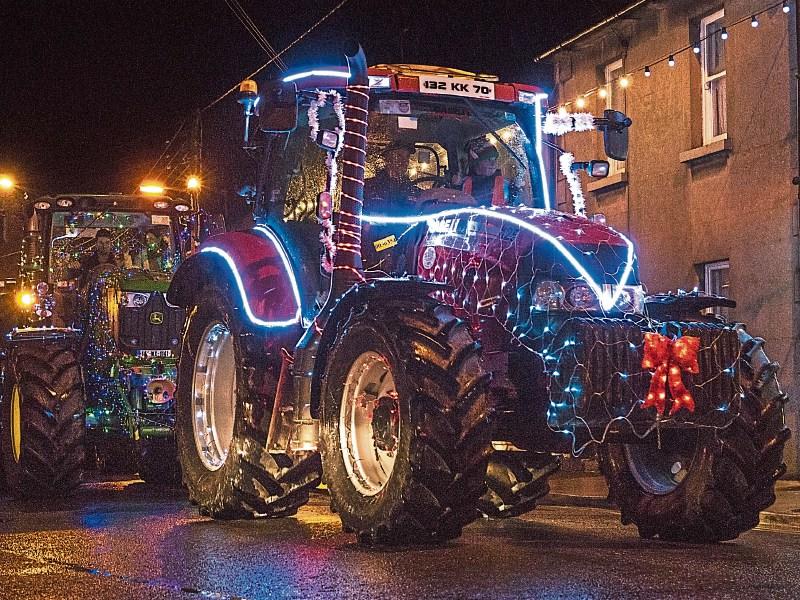 Carrick-on-Suir's annual Christmas Tractors Parade due to take place later today (Saturday) has been postponed until tomorrow (Sunday) because of the Status Yellow Weather warning.
Carrick-on-Suir Business Association's Facebook Page has announced that the pageant of fairy light festooned tractors will now start from Carrickbeg in Carrick-on-Suir tomorrow at 5pm.
The decision was made yesterday (Friday) to postpone the event due to the Status Yellow weather warning that may turn to Orange that has been issued for today (Saturday).
Visitors from all over Ireland are expected to make the pilgrimage to Carrick-on-Suir this weekend to watch the parade of tractors covered in an estimated 130,000 fairy lights. Leading the parade will be about 50 children driving pedal tractors also decorated with Christmas lights.