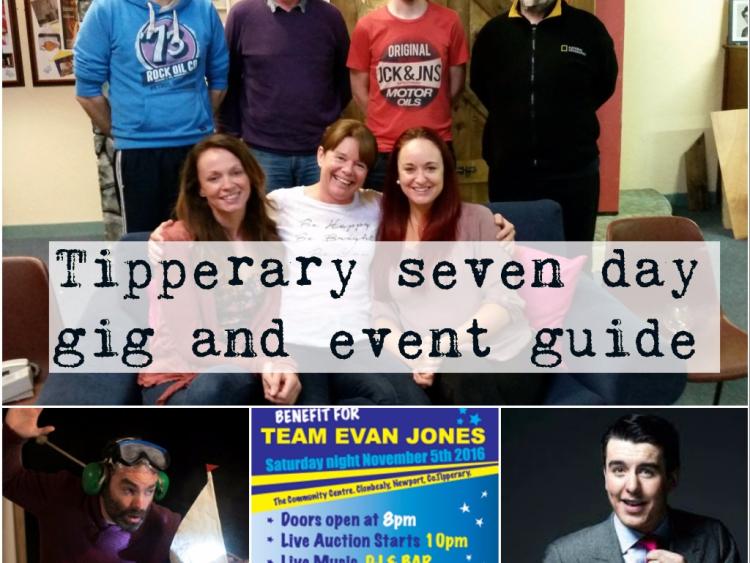 Your seven day arts, culture and entertainment guide for Tippperary. If you have an event you would like to see included on the Tipperary Gig Guide please email niamh.dillon@tipperarystar.ie

New Blue Sioux perform ‘The Murder Machine’
New Blue Sioux are a creative collective duo producing an experimental musical translation of the Padraig Pearse series of studies known as 'The Murder Machine'.  New Blue Sioux combine their raw, bare and beautiful sound with with modern technology to identify Pearse’s vision of what an education system should be. Tickets €5. Show starts at 8pm. Special access and wheelchair users please inform the box office after your booking that you may need to reserve accessibility seating. T:0504 90204. 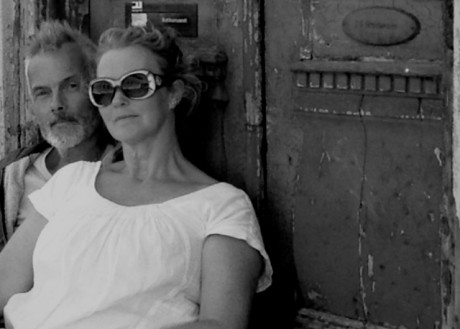 Hazel O'Conner plays Nenagh concert
Actress and singer songwriter Hazel O'Connor has returned to her soul roots to perform with celebrated Irish harpist Cormac de Barra at Nenagh Arts Centre on Friday November 4, at 8pm. From her star turning performance on the silver screen in Breaking Glass and her ensuing hit singles Eight Day and Will you that followed, O'Connor has cultivated an impressive following since the 1980's winning over fans old and new while dividing her time between France and Ireland. Tickets cost €20 and are available on nenagharts.com.

The Voyage sails into Thurles, November 5

Monkeyshine Theatre presents the family friendly Voyage- based on the tales of Gulliver's Travels at the Source Arts Centre on Saturday, November 5. Shows at 2pm/ 4pm. For tickets call 0504 90204. Tickets €8/21 for group of three. 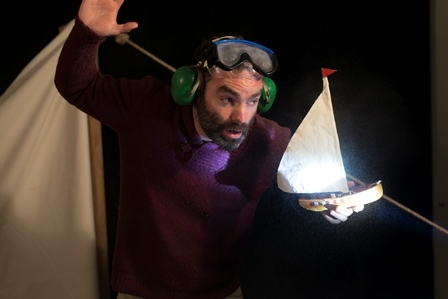 Al Porter brings his latest show The Honeymoon Tour to the Source- SOLD OUT
Comedian Al Porter, as seen on BBC’s Live at the Apollo, follows up his hugely successful Edinburgh debut with a brand new show full of cheekiness, honesty and sparkling showmanship! Still living at home in Dublin, 23 year old Al has plenty of gossip from accidentally kidnapping his Godson to holidaying with twenty middle aged strangers! A feel good hour full of his trademark council-estate camp! Show starts at 8pm. This event is sold out. 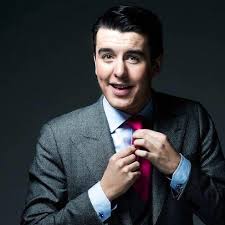 Fundraiser for the Hope Foundation
Next Saturday November 5th, Dorrianne Kelly will hold a Fun Day in aid of the Hope Foundation in the Community Centre Littleton. The afternoon show starts at 2pm  until 5pm with Bouncy Castles, Face/Nail Painting, Indoor Games and Refreshments. Entry fee €10 per child. Full information 087  6707392 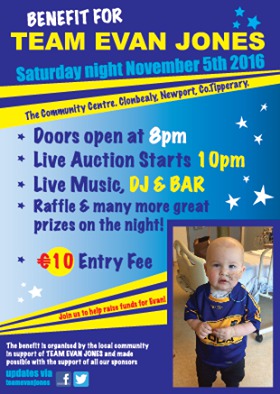 Andy Horgan Memorial Run
The Thurles & District Vintage Club will hold their final fundraising event of the season this Sunday in memory of club member Andy Horgan. Andy was a loyal and long serving member of the club and was always to the fore when it came to supporting all the activities undertaken by the organisation down through the years. All proceeds will go to North Tipperary Hospice. The Andy Memorial run takes place on The Ship” Cormackstown from 11am and the run will start at 12 noon. Sunday next 6th of November. Refreshments provided and  all support greatly appreciated.

Swing Dancing in Thurles
Once a week swing dance groups in Thurles and Clonmel come together for social dancing, fitness, friendship and general mental well-being as they learn and practice their moves under the guidance of group teacher and Cork native Maeve Hunter. Maeve travels from Cork twice a week to each group sharing her knowledge and appreciation of all things swing with like minded group members. Thurles Swing Dance Scene has a group page on Facebook and invites anyone who is remotely interested to drop in, join the group, dip their toes in Swing Dancing (pardon the pun) and see if it's for them.Classes run every Monday (except bank holidays) from 7pm to 8pm in The Source Arts Centre Community Space. Costs €10 per class €5 students. Contact swingdancescenethurles @gmail.com for more information.
Clonmel Swing Dance Scene has a group page on Facebook with details of regular events and their Thursday night weekly classes from 7.30pm are posted.Contact clonmelswingdan cing@gmail.com for more information.

Source Film Club screen the Oscar nominated film Mustang
Five free-spirited teenage sisters are raised in a north Turkish village by their grandmother and strict uncle since their parents’ death. As the girls’ freedom begins to be stripped away, the bond between the sisters becomes even stronger and they search for ways to rebel against the restrictions imposed on them. Screening starts 8pm. Tickets cost €9/ €5 conc.

Nenagh Players present Don't Dress for Dinner
In a stylishly converted English farmhouse, Bernard is hoping to entertain his London mistress, Suzy, for the weekend. He has arranged for a cordon bleu cook to furnish the gourmet delights, is in the process of packing his wife, Jacqueline, off to her mother, and has even invited along his best friend Robert as a suitable alibi. It is foolproof, what could possibly go wrong........? Wednesday 9th to Sunday 13th November, 8pm, tickets €13/ €10