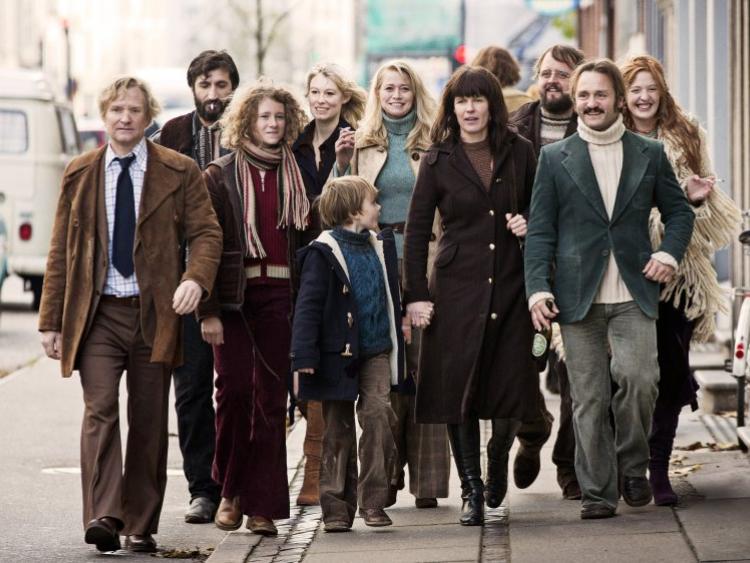 An experiment in communal living among a group of friends and like-minded individuals goes awry when an affair threatens to destroy the dream in Thomas Vinterburg’s Seventies-set Danish drama The Commune.
Set in Copenhagen in the 1970s, the story opens with married couple Erik (Ulrich Thomsen) and Anna (Trine Dyrholm) deciding what to do with the enormous family home Erik has inherited from his father. Reluctant to sell, Anna suggests moving into the house and inviting their friends and one or two other acquaintances to join them. The idea is to create a commune devoted to shared living and developing an environment where ideas and creativity can be stimulated. However, complications arise after Erik begins an affair with one of his students, Emma (Helene Reingaard Neumann) and invites her to move in with them. As Anna begins to crack under the strain her husband’s affair is causing, the commune everyone has been working to build begins to fall apart.
In The Commune, Vinterburg examines the conflict which arises when a shared vision is compromised by one’s personal desires and the pain caused to those involved.
The Commune will be screened in the Source Arts Centre in Thurles on Wednesday, 23rd November at 8pm.
Tickets: €5/€9
For more information contact the box office on 0504 90204 or visit www.thesourceartscentre.ie