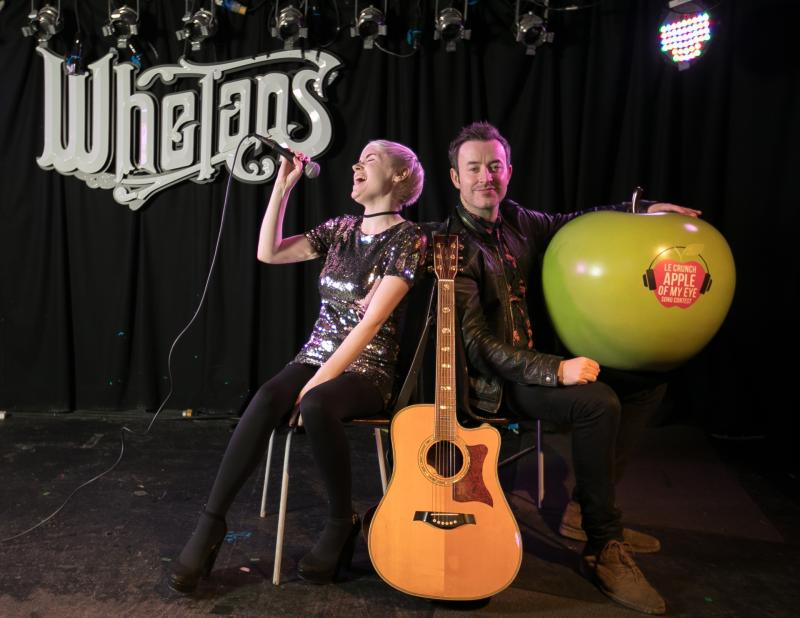 Shout out to aspiring Tipp bands and musicians! The search is on to find the country's greatest cover version as Le Crunch Apple of My Eye returns for a fourth year in a row.This year French apple brand Le Crunch have teamed up with JOE to launch the search for Ireland’s next undiscovered musical talent with the chance of winning a share of a €2,500 prize fund.

Since it's launch in 2013, thousands of musicians, singers and bands have entered the competition with their versions of well known songs and has seen a number of those shortlisted gain huge recognition within the music industry as well as performing at top festivals including Indiependence and Electric Picnic.

Longford's Brave Giant were the worthy winners of last year's search and have gone on who prove a big hit with online voters across the country with their video for Bob Marley’s ‘Is This Digital Love?' receiving almost 90,000 views within the last ten months. Meanwhile Cork songstress Stephanie Rainey, a semi-finalist from 2014 has been signed to East West Records (Warner Music) and Galway group, The Amazing Apples, who were shortlisted in 2013, released their critically acclaimed album the following year, supporting the likes of Ryan Sheridan, Mundy, Paddy Casey and Walking on Cars.

“We’ve been thrilled with the quality and amount of entries that the competition has received in previous years and it has been a privilege to help discover such new and exciting talent. We’re once again looking forward to hearing another superb batch of songs," explains Sandrine Gaborieau, Marketing Director of Le Crunch from France.

This year's panel of music industry judges are Niamh Farrell (HamsandwicH), Paddy McKenna (RTE and JOE) and Peter Dunne (Bare in the Woods Festival Director), who will select the top ten tunes to go through to a National Semi-Final, open to public vote for short listing down to a final five.

The shortlisted five contestants will perform at The Final, which will take place at Dublin's iconic music venue, Whelans in front of a packed live audience on Thursday March 23rd for their chance to walk away with the prize money and a guaranteed slot at the Bare in the Woods Festival 2017.

Musicians are asked to record their favourite cover version (on video or MP3) and to enter the competition through JOE.ie

For more information www.ouitolecrunch.com Deadline for entries is Friday, February 20, 2017.