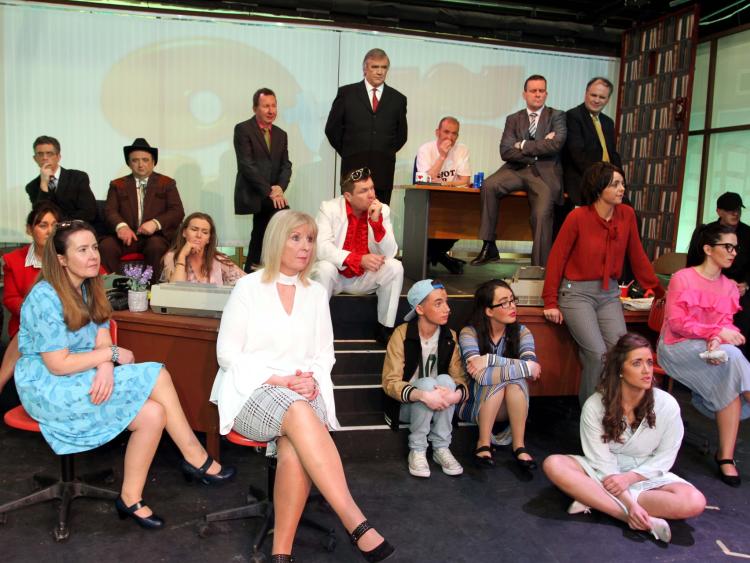 Nenagh Choral Society has been working more than 9 to 5 over the past while as it gears up for opening night of this year's production next Monday.
The society, is appropriately enough, staging the musical version of the 1980 movie, 9 to 5.
9 to 5: The Musical, with music and lyrics by Dolly Parton, tells the story of three unlikely friends who take control of their office and learn there is nothing they can’t do, even in a man’s world.
This hilarious story of friendship and revenge shows what can happen when these three women are pushed to the boiling point to get even with the egotistical, lying, hypocritical (to name a few!) man they call their boss.
This high-energy show features musical numbers such as the famous 9 to 5, Here for You, “Heart to Hart, and Shine like the Sun - along with dance numbers to get you moving in your seat.
Since last November, the Scouts’ Hall, Nenagh has been a hub of activity between dance and singing rehearsals, set construction, costume fitting and endless cups of coffee.
Putting on a performance like this every year requires dedication, enthusiasm and vision so to all of those involved with this production, NCS would like to sincerely thank you for all your hard work.
“9 to 5” runs from March 27th to April 1st at 8pm in the Scouts’ Hall, Nenagh. Box office opens in the Scouts’ Hall or call 0863122725 to book tickets. Adult ticket €15/Child ticket €10. Sit back, sing along and allow Nenagh Choral Society show you what can be done . . . with just a few cups of coffee!!