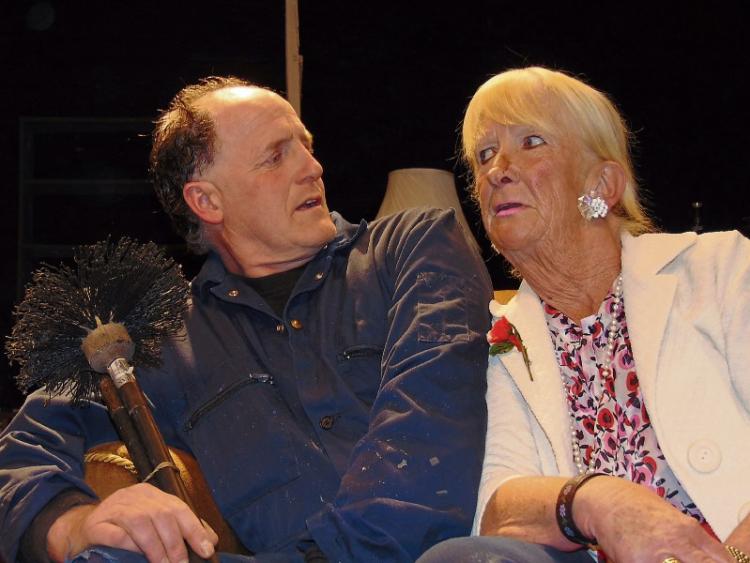 The Fethard Players’ spring production of Maurice McLoughlin’s Brush With a Body is currently showing at Fethard’s historic Abymill Theatre.

Under the direction of Jimmy O’Sullivan, this delightfully farcical comedy is entirely set in Sybil Walling’s drawing room. Three squabbling siblings call in the chimney sweep, who inadvertently uncovers a shocking secret!

Jimmy O’Sullivan stars as Henry Walling, with Mia Treacy and Niamh Hayes as Sarah and Cynthia Walling, Marian Gilpin sublime as the indomitable Sybil and Liam O’Connor as the scene-stealing Mr Flaherty the saucy chimney sweep.  Brush With a Body is a laugh a minute, full of twists and turns and unmissable family entertainment.

This sooty comedy opened on Tuesday April 4, running every night until Saturday April 8 with tickets at €15 from Fethard Post Office or call 052 613 1217 during office hours, or 087 933 6791 out of office hours. Special ticket price  €10 is available for Wednesday evening only. Curtain rises at 8.15pm.