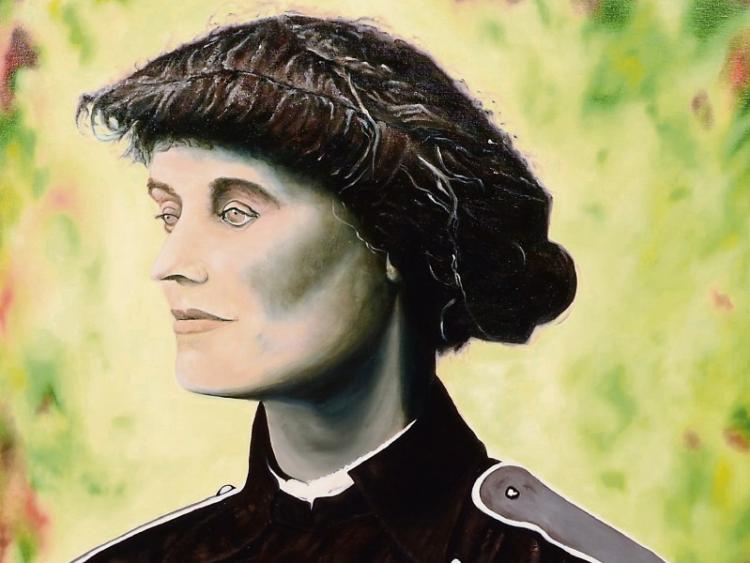 This portrait is included in the Women of the 1916 Easter Rising exhibition, which opens in the Main Guard, Clonmel today, Monday, April 24th.

Having spent most of last year at the Ambassador Theatre in Dublin as part of the Revolution 1916 exhibition, this is a collection of oil paintings of some of the women involved in the 1916 Easter Rising.

Melissa says "the role of the women involved in the 1916 Rising was pretty much ignored until recently, even to the point of photographs of the time being altered to remove the women involved. Hundreds of women were actively involved and I wanted to paint just some of them as a way of bringing some recognition to them.”

While the exhibits include paintings of well-known figures such as Countess Markievicz, it also includes lesser-known participants.

One of these is Molly O’Reilly, whose portrait was specially commissioned by the organisers of the Revolution 1916 exhibition and whose daughter was a special guest at the opening.

“Molly marched with the Citizen Army to occupy the GPO throughout the week of the Rising. She undertook the dangerous work of carrying dispatches between the republican headquarters and Liberty Hall.” says Melissa.

“Later she fought in the Tan War, joining Cumann na mBan and organising billets for IRA Volunteers on the run. She was arrested during the Civil War and spent 16 days on hunger strike, along with other republican prisoners.”

The exhibition at the Main Guard runs for a month and admission is free.