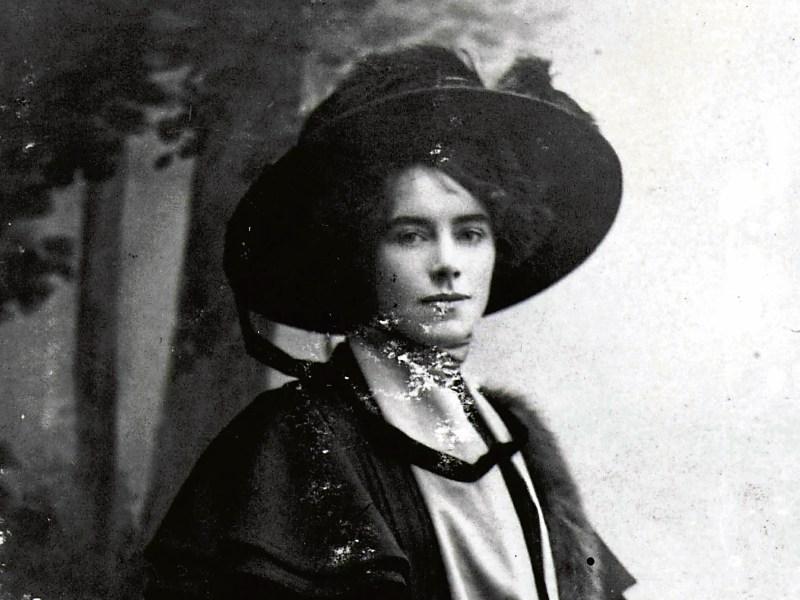 The village of Cloughjordan will pay tribute this weekend to poet and patriot Thomas MacDonagh, with the running of its annual MacDonagh Summer School.

This year's event will have a special focus on MacDonagh's wife, Muriel Gifford, who died tragically one year after her husband was executed for his part in the Easter Rising. Muriel died while swimming off Skerries in July 1917, leaving two young children, Donagh and Bairbre.

Among the highlights of the school will be a lecture on Muriel and her sister, Grace, who married Joseph Plunkett hours before his execution in 1916.

Other talks will focus on Hannah and Francis Sheehy Skeffington, Cumann na mBan and the 77 women who were imprisoned in Richmond Barracks following the Rising.

The weekend will also feature a bus tour, music and an exhibition.

The full line up of events is:

The Land Where Nothing Is – by artist Suzanne Walsh: Suzanne is a cross-disciplinary artist working mainly with text, performance and audio. This installation is made from sources which include poetry of MacDonagh and Ledwidge together with comments from Facebook groups, on housing and environmental concerns.

10.30am, Beyond 1916 - Cumann na mBan and Revolutionary Propaganda. Speaker: Mary McAuliffe: Through her research Mary became interested in the contributions of women to Irish history, from the medieval to the modern and has gone on to publish several books.

12.30pm, 77 Women Quilt -Remembering the Women in Richmond Barracks. Speaker: Máirín Johnston. Mairín was one of a group invited to creatively respond to the stories of the seventy seven women imprisoned in Richmond Barracks after the Rising. This project reflected the diversity of women’s experience in contemporary Ireland.

2pm, Rathurles through the Ages. Caimin O’Brien will share his expertise in a talk on the ringfort and site of the Aonach or ancient gathering at Rathurles. Following his talk he will lead a guided tour of the site, with the kind permission of the Brereton family. The tour will include the historic site at Rathurles, the Devaney Memorial in Kilruane and Grawn Church

8 pm, Bawney and Friends – Music, song, poetry, story and surprises. Join with Bawney Hayes in the company of his talented guests and stay for the cupán tae.

3 pm, Creative Rebellion: Artistic Consciousness at the time of MacDonagh. Dr Caoilfhionn Ní Bheacháin and Dr Angus Mitchell, University of Limerick, will reflect on the role of the artist before and after the Rising of 1916. This event will explore the power of the arts and creativity to transform society. This will be followed by a tour through the Ecovillage to the new community amphitheatre, a multi-purpose performance space.

8pm, Hanna and Francis Sheehy Skeffington. Speaker: Michelene Sheehy Skeffington. Micheline will present an illustrated talk on the involvement of her grandparents in the feminist, nationalist and peace movements of the early 20th century and their association with Thomas and Muriel MacDonagh.

4pm, the Cloughjordan Ukelele Band in the Middle Country Cafe: The Ukelele Band aim to entertain their audience with a selection of songs and tunes ranging from country classics to punk rock. Free admission.

Local schools present essays on My memories of 1916 commemorations during 2016: A selection of pupils’ essays will be on display over the weekend.