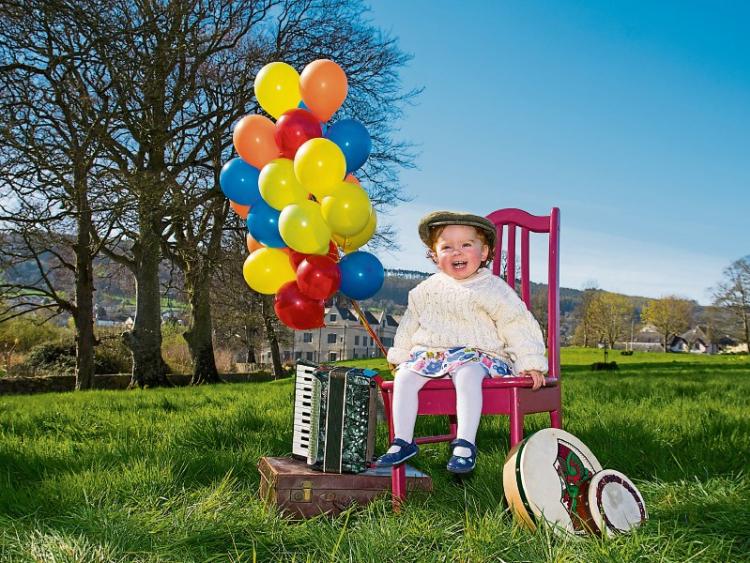 Get your bawneen and squeeze-box ready for the Clancy Brothers Festival!

Carrick-on-Suir will become the country's folk music capital this June Bank Holiday Weekend as the town celebrates the 10th annual Clancy Brothers Festival of Music and Art that boasts an action packed programme of events in local theatres, pubs, exhibition venues and on the streets.

Folk music fans from all over the country and abroad will be visiting the town for the five-day festival that opens tonight (Wednesday) with a concert in Brewery Lane Theatre featuring performances from Dunhill based folk singing group Dúnaill and local singers and musicians.

The popular River Suir Festival returns to Seán Healy Park on Sunday afternoon with fun for all the family including the Crehana National School duck race, raft racing, nature exhibits, Vikings, a planetarium, craft demonstrations, bouncy castle, river displays and nature and biodiversity exhibits in association with the Waters and Communities Office. There will also be an outdoor music stage where bands Kill ‘Em Charlie, Jig Jam, Newfoundland and The Backyard Band will entertain the crowd.

Festival goers can also enjoy free live music in the local pubs taking part in the Pub Trail, at the Eoghan Power Memorial Ballad Singing contest in Figgerty's Bar on Friday night and at the youth busking competition in the town centre and the Heritage Centre outdoor stage on Saturday.

Other Festival events include nature and heritage walks, lunchtime theatre at the Brewery Lane, music, drama and art workshops for all ages, a Clancy family meet and greet in the Nano Nagle Centre on Saturday and the ever-expanding Art Trail showcasing the work of artists from across the South East including the exciting interactive multimedia arts project, "If These Chairs Could Talk".

Tickets for Brewery Lane Theatre events are available from the Heritage Centre, telephone: (051) 640200. Strand Theatre show tickets can be purchased from the theatre box office, (051) 645050, while tickets for the Songwriting Competition Concert with Robbie O’Connell are on sale at the Tudor Artisan Hub, tel: 051 640921.

Ducks for the Crehana National School Duck Race can be purchased for €5 or €12 for 3 from 16 Main Street between Thursday, June 1 and Saturday, June 3 from 10am – 6pm.