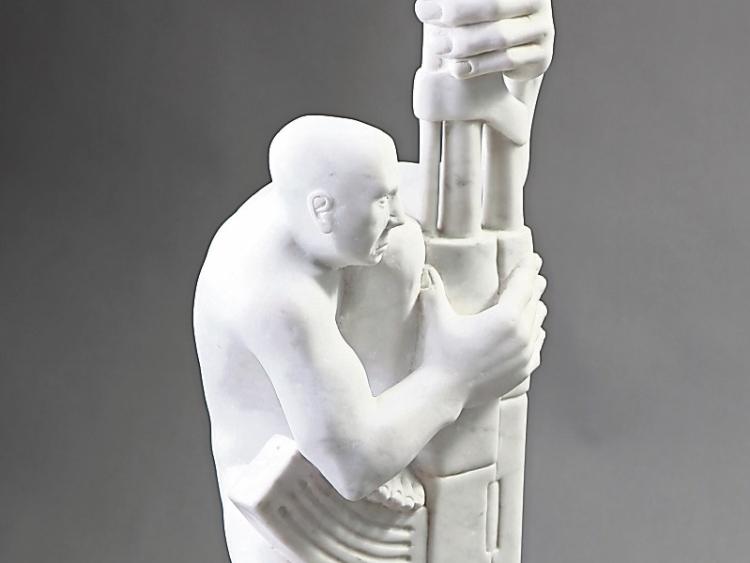 Our Finest Hour by James Horan, one of the artworks in the exhibition Sticks and Stones, which has opened at the South Tipperary Arts Centre in Clonmel.

It will be officially opened tonight, Tuesday, by Aisling Kilroy, chairperson of the Clonmel Junction Festival, and will run during the festival, from July 3rd-9th.

Visitors to the exhibition can engage with recorded commentary on the sculptures by the artists, via tablet.

Dublin-born James Horan graduated from Crawford College of Art and Design in 2003 and has been working as a full-time artist since then.

He enjoys subverting the traditions of stone sculpture through the use of humour, which he portrays with both the ideas he expresses and the exaggerated proportions of the figures.

His work has been exhibited widely throughout the country and forms part of many private and public collections in Ireland, Britain and the United States.

Denis Lynch was born in Cork city in 1960. He attended Crawford College of Art and Design, graduating in 1984 with a National Degree in Fine Art (Sculpture).

After graduating he travelled extensively, then joined the staff of Crawford College of Art in 1986 where he currently works. Denis produces Celtic art and sculpture in various media including wood, stone, slate and metal.