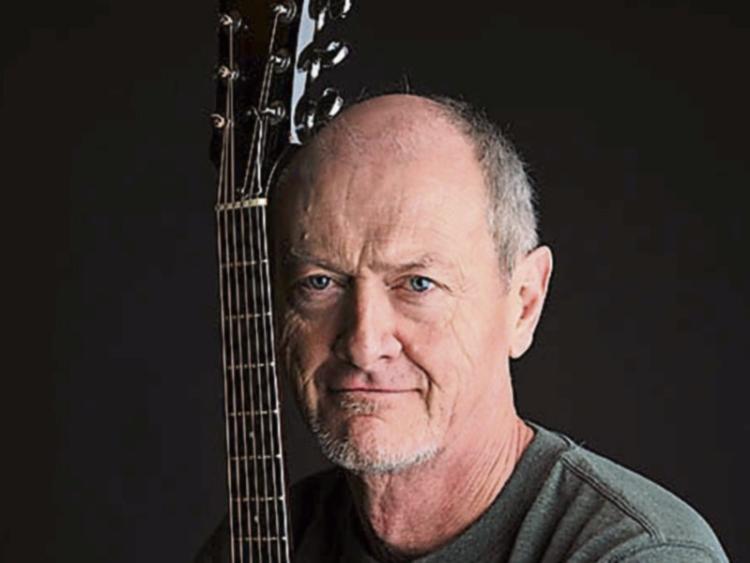 Freddie White, who plays Clonmel Folk Club at Clonmel Town Hall next Tuesday night, July 18, has long been synonymous with music of the highest quality.

Whether interpreting songs by his favourite writers, such as Randy Newman, Tom Waits, John Hiatt and Guy Clark, or performing his own classy compositions, Freddie’s live performances are nothing short of legendary.

Born in Cobh, County Cork into a musical family, by age thirteen Freddie was playing in school bands and by seventeen playing professionally. At nineteen, he moved to London, where he busked in subways, and developed his unique voice and guitar style.

In 1974, he was a founding member of ‘Scullion’, together with Philip King and Sonny Condell. Later he formed ‘The Fake’, regarded as one of the seminal Irish bands of the late ‘70s.

Next came The Freddie White Band formed in 1978, which toured with Eric Clapton that year. His first album, Live on Tour, recorded by Nicky Ryan while touring with Clannad, brought him national attention. His second album, Do You Do, was the biggest selling Mulligan Label album of 1981.

With these early albums, Freddie introduced an eclectic repertoire of music, which spanned musical genres and eras, to an Irish audience. Freddie's latest album Better Days, is a collection of ten original songs, all but one was written in 2014 by Freddie and Trish. The album was recorded in Sydney, Australia where they now live.

Tickets €15 from Ger Ambrose Jewellers, Clonmel Tourist Office, the website clonmelfolkclub or on the door on the night.