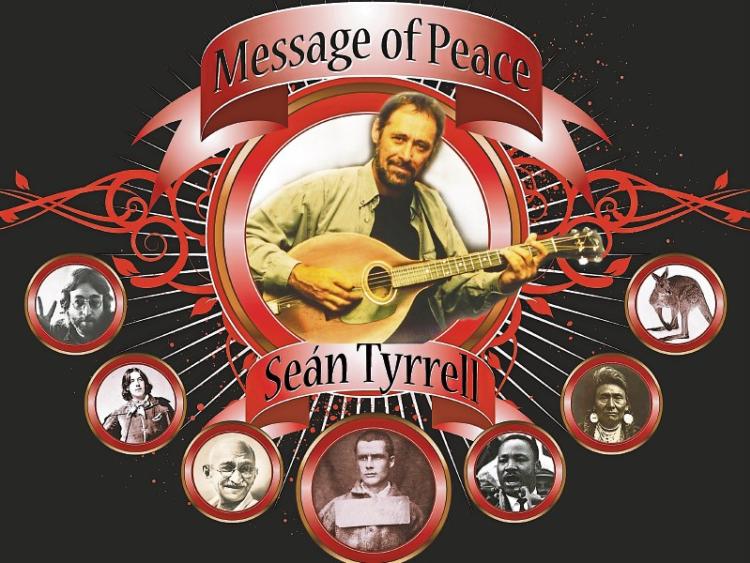 Saturday, August 19, will sees music, song and history coming together in the Abymill Theatre, when the Fethard Historical Society host the one-man ‘Message of Peace’ show performed by noted folk singer Seán Tyrrell, from the Burren in County Clare.

Sean Tyrrell’s unique voice and musical talent is relatively undiscovered in our area as he spends a lot of time touring the USA and Canada.

“If you're lucky, you come across a voice like Seán Tyrrell’s once in a lifetime. When he sings I feel alive.” – Brenda Fricker (former Oscar winner).

This special event is the society’s way of marking the 150th Anniversary of the Fenian Rising of 1867, which was led by Fethard man Thomas Francis Bourke. Furthermore, another Fethard man, Michael Doheny, founded the Fenian Brotherhood in New York nine years earlier so it is only fitting that they both be remembered in their home place in 2017.

The show itself, ‘Message of Peace’, consisting of songs with some commentary, was devised by the singer himself and focuses on the life and legacy of another Fenian leader, poet and author John Boyle O’Reilly. A man whose poems are as relevant now as they were when first written; the title poem and song being a perfect example. Tracing his journey from early childhood, set against a backdrop of famine, revolution, and penal servitude for life in Australia.

The show begins at 8pm, but the evening opens at 7.30pm with a Cheese and Wine Reception in the foyer. The special price for the evening’s entertainment is being kept at €10 to ensure that as many as possible can attend this anniversary event. Booking is not required and admission will be taken at the door. For further information if needed email: history@fethard.com or Tel: 086 3905373

Fintan Vallely, writing in The Irish Times, describes Seán, “Tyrrell is one of those strong performers who explode the weakness of any cast iron classification of song, he is a great singer.”