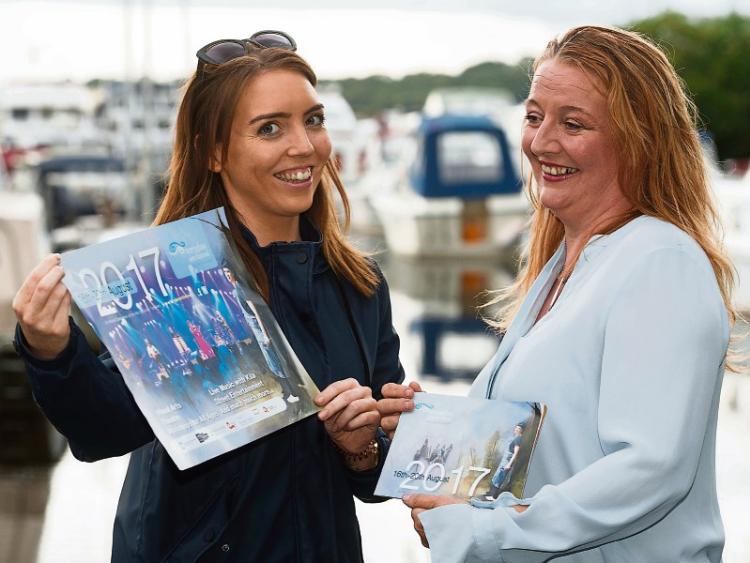 Terryglass will be familiar to boating enthusiasts as a popular stop-off on Lough Derg, but the picturesque Tipperary village hosts a very hands-on Arts Festival too.

The brainchild of the local postman, Oliver Darcy and Tipperary County Council Arts Officer, Melanie Scott, Terryglass Arts Festival punches well above its weight for the breadth and calibre of artistes it attracts to the lakeside village.

A true community project, the festival is organised by a 14 member local committee who take pride in seeing the population of Terryglass swell by 4 times for the duration of the festival.

Announcing this year’s programme Festival Co-Chairperson, Emma Pearce, said she was justly proud of Terryglass village in hosting such an event.

“As a small tightly knit community we are delighted to be able to offer a programme of this calibre for our 19th festival,” she said.

Headline acts performing during this year’s festival include Kíla, one of Ireland’s most exciting and innovative bands. Described by the BBC World Review as ‘one of the most beautifully euphoric live experiences’, Kíla will perform in Terryglass Church on Friday 18th August at 8.30pm. (Admission €25)

The festival kicks off on Wednesday 16th August in Terryglass Hall with music by local musician by Jamie Lee Forde and performance poetry from Richard Brennan.

Meditative and observational in nature, Richard’s poetry has been captivating audiences at festivals throughout the country as he seeks to extract the extraordinary from the mundane.

This will be followed by a screening of Love and Friendship, based on Jane Austen’s hilarious comic gem novella, Lady Susan. Filmed entirely in Ireland, this 2016 film is a delightful jaunt where manners and social standing are key, and a lady is only as good as her last husband. (Admission €5).

Drama & comedy takes centre stage on Thursday 17th August with a performance of Katie Holly’s one woman show ‘Marion’.Described by the Evening Echo as ‘a buzzing comedic script...a chuckle fest of embarrassing moments and killer one liners”

‘Marion’ is in Katie’s own words “a comedy inspired by a decade of being an embarrassing singleton in Ireland, during and after the boom.” (8pm Terryglass Hall Admission €12)..

This year’s festival is a celebration of the visual arts with the appointment of Terryglass Arts Festival’s first ever Artist in Residence, Jenny Fox.

Canadian by birth and now based in Cloughjordan, Jenny will create an installation entitled ‘The Places In Between’ based on two interlinked areas an exhibition, containing finished paintings; and a re-creation of her studio – which she calls the ‘engine room’ for her work. (Old Church from 11.00am – 5.00pm daily).

Damer House Gallery, in collaboration with Terryglass Arts Festival, presents Homeland - a selection of short films that document life and livelihoods in Ireland’s towns and villages.

The videos and films, all made between 2014 and 2016, are played on a loop and include professional, fiction and non-fiction, sound and silent material. (Terryglass National School 11am to 5pm daily).

Tipperary-based Lynn Kirkham will host two drop in workshops on Friday 18th and Saturday 19th August to create artworks based on plant life.

Plants, flowers and fluorescent paint will be installed onto large-scale canvases to create beautiful nature images that can be lit with back lights at night throughout the village for a magical effect.

The artworks will be made during the festival with participation from garden enthusiasts, residents and visitors to the village in making the art, from 5 years upwards.

Festival co- chairperson Aoife O’Rourke said she was very proud to be able to present a varied and diverse visual arts programme at this year’s festival.

“We are delighted to offer such a strong visual arts line up for this year’s festival. We are very happy to announce our very first artist in residence and look forward to welcoming Jenny Fox to Terryglass.

All these exhibitions are free of charge and we would encourage people to come early and enjoy the experience” concluded Aoife.

Terryglass Arts Festival has been known for its engagement with younger arts audiences and this year is no exception.

Featuring artists and craftspeople of both national and international renown, 60 workshops will be held over 3 days to provide a weekend bursting with fun filled entertainment for all the family.

From cupcake decorating and bakery demonstration to finger painting, rush work, Lego recreations, phone photography and ink drawings there is something for children and adults of all ages. (Admission charges €5- €20).

Family entertainment continues over the weekend with film screenings, street theatre and much more.

A special screening of the enchanting Irish animation SONG OF THE SEA will take place on Saturday afternoon. This Oscar nominated film tells the story of Ben and his little sister Saoirse – the last Seal-child – who embark on a fantastic journey across a fading world of ancient legend and magic in an attempt to return to their home by the sea. (Terryglass Village Hall 5pm Admission €5).

The festival concludes on Sunday 20th with a food and craft fair, street entertainment with Grant Goldie and free music entertainment from the dynamic and culturally diverse Galway Street Club.

A 14 piece collective of buskers based in Galway and joined by band members from Ireland, Spain, France, Germany, USA, Russia and Argentina, they will have Terryglass Village rocking with an energetic set of Reggae, Folk, Trad, Ska and Rock.