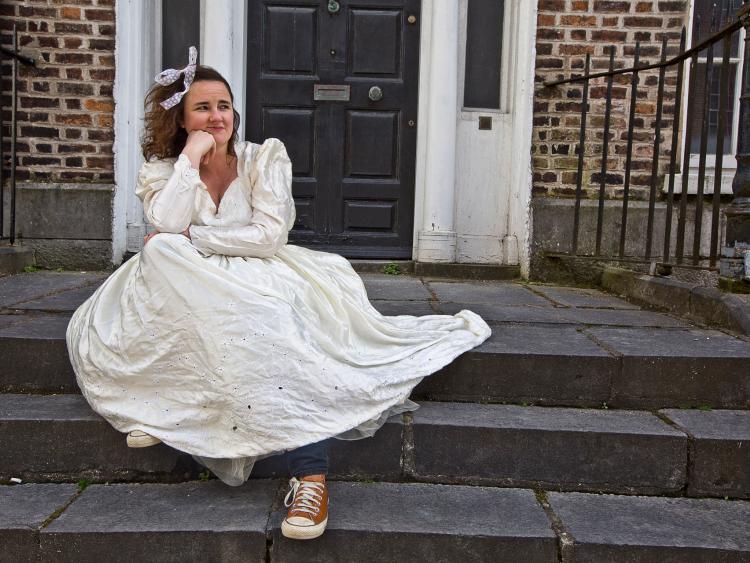 Don't miss Ann Blake's the 'Morning After The Life Before' at The Source Arts Centre, Thurles, this Friday 27th October

Limerick born actress Ann Blake is an equal measure of modesty and pride; heavily praising her co-star and backroom team but quietly confident that she has created something special in her first fully fledged theatre production, ‘The Morning after the Life Before.’

The theatre maker and musician with Limerick based band Brad Pitt Light Orchestra is preparing for her Thurles debut with understandable vigour - she’s just returned from a tour of sell out dates stateside which earned her standing ovations and two top awards including winner of Best Production at the London Ontario Fringe and Montreal Fringe.

“The audience was so positive”, she says enthusiastically of her successful run at the Canadian Fringe Festivals, her energy almost bouncing across the telephone line. “Incredible, just a great experience altogether.”

She’s talking of course about her latest stage production, the critically acclaimed Morning after the Life Before, which has secured a Thurles billing at the Source Arts Centre this Friday.

The play, which debuted in May this year at the Belltable before a successful run at Friar’s Gate Theatre, has been heralded as “a sincere and earnest love story to democracy” celebrating all that was so important about that fateful day in 2015 when Ireland became the first country in the world to support Marriage Equality by popular vote.

What originally began as a small piece of theatre designed to encourage people to get out and vote yes in the run up to the referendum in 2015 has grown legs and evolved into a fully fledged production with “sets and costumes” says Blake in her typical quick wit.

“I got so much encouragement from people saying you need to do more with this,” she says of her decision to extend the show and take it out on the road.

“It’s a personal story, my story,” she explains, “so I ran everything by my family, friends etc as they all appear in it and they were so positive I felt let’s go for it.”

The Morning After The Life Before is a lighthearted, entertaining tale of weddings, ‘coming out’ and arguments over who takes out the bins culminating in the unique moment in Irish history when Marriage Equality was welcomed with open arms by popular vote.

“We lived through something remarkable, there was a piece of magic in the country that day,” explains Blake who came out to her family at 31 and plays herself in the title role with fellow actress Lucia Symth tackling a multitude of characters that have all played pivotal parts of Blake’s life.

“It was terrifying”, she admits openly about putting her life out on the stage for all to see but an experience she describes as having a certain “reflective effect.”

“If someone had told me five or ten years ago I’d be putting my life on stage I’d have laughed in their face.”

“Marriage equality has made life better. Everyone had to talk and the discourse was opened and after it was passed anyone who was on the no side was like ‘oh the world hasn’t ended.’ Ireland’s a small country but it showed what a strong voice we have in the world,” she says.

Gúna Nua presents the internationally acclaimed and multi award winning, The Morning After The Life Before at The Source Arts Centre Thurles on Friday October 27th.

A novel aspect to the Thurles production will also allow for locals who canvassed during the referendum to share their testimonials within the show which will be read out by Ann on stage on the night. Be prepared for music, cake and equality.