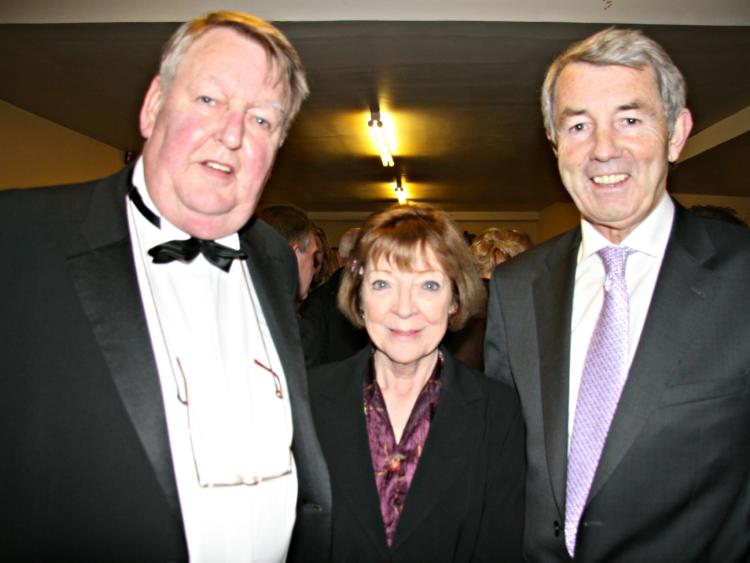 The Festival Director of the County Tipperary Open Drama Festival, Mr Donal Duggan, has paid tribute to the memory of actress/ author, Biddy White Lennon, who died at the weekend.

The popular actress who played Maggie in the popular RTE soap, ”The Riordans” adjudicated at the Tipp Drama Festival in Holycross twice – in 1984 and 2013.

Mr Duggan, then (as now) Festival Director and Mr Tom Molony (then Chairman of Holycross/Ballycahill Drama Group) and highly regarded seasoned thespian, Pat McGrath, were even incorporated into Biddy’s script for the Radio 1 version of the popular soap, “Glenroe” following its axing from the screen. It went out on Radio 1 on Sunday evenings.

Biddy stayed locally in Holycross during her festival sojourns as adjudicator, including with Tom and Elizabeth Molony, The Green, Holycross.

And in the radio script for “Glenroe” it was mentioned that the Glenroe Players were on the festival circuit and met Tipperary Festival Director, Donal Duggan and Committee Chairman, Tom Molony, and the inimitable Pat McGrath in Holycross at the festival ensuring a modicum of fame for the Abbeyside trio. Biddy reminded Donal Duggan of this when they last met in 2013.

“She was pleased with her stay here in Holycross” said Mr Duggan, who brought her to the Rock of Cashel and other historic places, a traditional courtesy he affords all adjudicators. Mr Duggan said he was saddened to hear of the passing of the popular actress/ author.

He stated: “Biddy was a very competent adjudicator and very easy to work with. Her popularity from her years as Maggie in “The Riordans” helped to attract big audiences to the festival in 1984.

She wrote the radio script for “Glenroe” after she adjudicated the Festival in 1984. Ar dheis De a hanam”