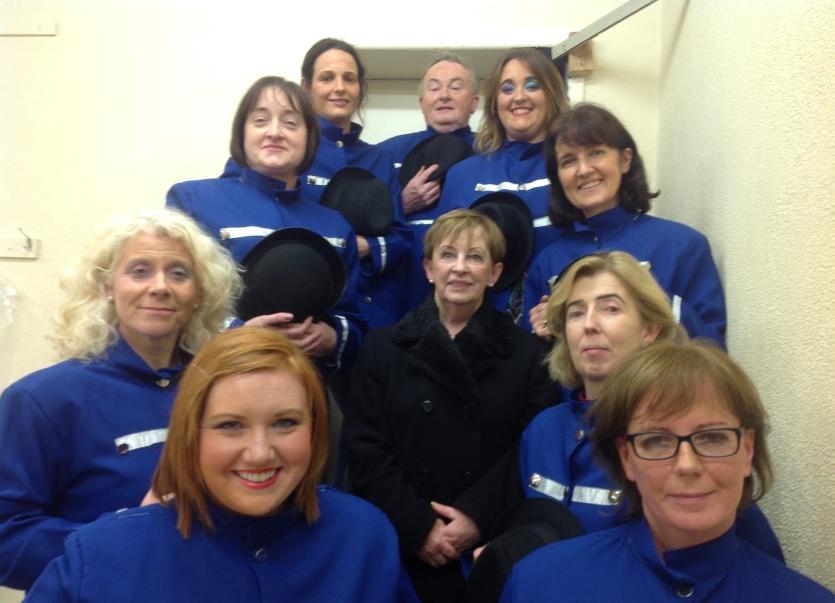 Moyne Drama Group will take to the stage of Moyne Community Centre on Thursday 30th November with the Richard Harris comedy “Stepping Out”.

The play will run for four nights, commencing at 8.15 pm sharp each night, closing on Sunday 3rd December.

"Stepping Out", set in an English country village, charts the lives of eight women and one man (and the pianist) who each week attend a local tap dance class held in their church hall. Over the course of several months we meet the group and all have a story to tell.

Initially all thumbs and left feet the group are just getting to grips with the basics when they are invited to perform at a Charity Gala.

Can they "Tap Their Troubles Away" before the big night? The group, directed this year by Susan Troy, are very excited to be doing this play fresh from the West End and are proud to be the first group in Ireland to perform it.

We have a strong talented cast on stage with Esther Hogan, Helena Bermingham and our 2016 Director Joanne Bannon, joined by Maria McElgunn and Rosalie Butler, our Choreographer, both members of Thurles Musical Society.

Maureen Claffey, Geraldine Delaney, Edel Delaney, Michelle Maher and Johnny Fogarty were all part of the 'Sive' cast to reach the All Ireland Confined Drama Festival in Rossmore, Co. Cork in 2013 which was also directed by Susan.

All of the cast have tread the boards down through the years and are no strangers to Moyne Community Centre. Set design and construction has been under the watchful eye of Jason Moore, Ger O’Keeffe & Tadhg Ryan and ably assisted by PJ Claffey, Ailbhe Hayden and Liam Troy.

Music is a hugely important part of this play and audiences can enjoy tapping their toes to some beautiful numbers such as “I Got Rhythm” and “Tea For Two” along with some other old favourites.

As always, we advise patrons to get in early as pre-booking is not available and you can only get your tickets on the door.