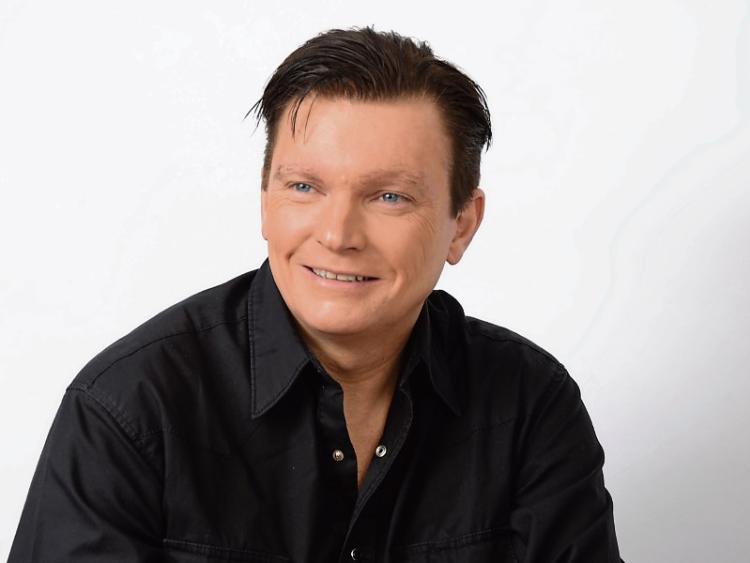 The concert is to help fundraising efforts for the parish’s two churches of The Cathedral and St. Joseph and St. Bridget’s.

Recently much-needed repair work has been undertaken to the bell tower in the Cathedral, due to damage caused by erosion.

Remedial work and cleaning has also been carried out to outside Cathedral statues, with other statues being monitored, and more work will be necessary.

At St. Joseph and St. Bridget’s there have been repairs and decorating, internal and external. To guarantee ongoing maintenance with future restoration work, it is necessary to continuously fundraise in the parish and all support will be appreciated.

The concert with James Kilbane will have a strong emphasis on families and everyday Christian family life.

James is married for 28 years to Christina and has two adult children.  He is interested in the significance of the global World Meeting of Families in August and what the reality of family is all about, in its joys and struggles.

Since 2004 and the “You’re a Star” programme, James Kilbane has released a total of thirteen successful albums.  He is now multi-platinum selling and is a well-known voice on radio, television and online with his country and Christian albums.

His music is spreading in popularity in such countries as Sri Lanka, Singapore, Malaysia, Hong Kong and South America as well as the United States, the United Kingdom and Canada.

Kilbane’s home-grown approach attracts many from every walk of life and many traditions.  Currently he presents his own weekly Sunday gosepl show on Sky televison, as well as his music being featured on other Christian channels.

The Thurles concert will include many of his family songs including There is a Place, Mama’s Roses, Because He Lives, The Richest Man, The Nazarene Song and so many others.

Tickets at €20 are available from The Bookworm Bookshop, Thurles and the Thurles Parish Centre, the concert organising members or by calling 0504-22229.

Support from all churches and interested people will be greatly appreciated.