Tipperary musicians 'Rigs and Jeels' perform at St. Patrick's Festival in the UK 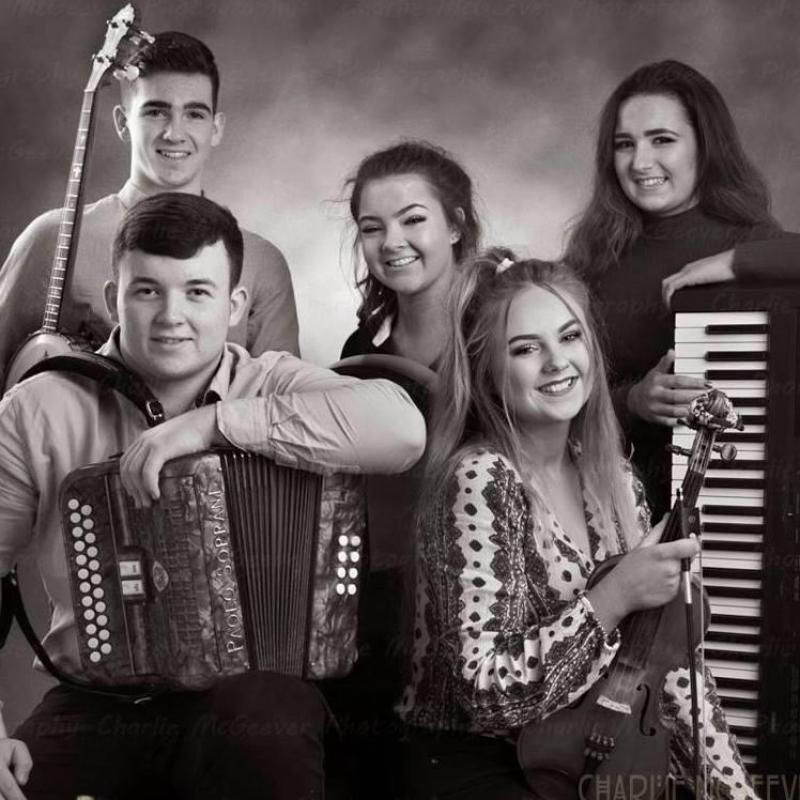 A young group of musicians from North Tipperary are set to perform at the annual Luton St. Patrick’s Festival Weekend in the UK following a stand out performance at the All Ireland Fleadh Cheoil in Ennis last year.

The group, which are fast establishing a name for themselves on the traditional Irish music scene, is made up of multi instrumentalist Blaithin Kennedy from Nenagh, banjo, mandolin and bodhran player Eoghan McGrath, Templetouhy percussionist Sarah Bourke and Mary Meagher on vocals and keyboard. Also joining the group is 16 year old Keelan McGrath from Borrisokane, who was named the winner of the prestigious Sean O Riada Gold Medal earlier this year.

No stranger to the stage, the talented band members have all been playing music from an early age and have previously performed in Italy with the In Tune For Life Orchestra.

The group will also be joined on stage by Templetouhy dancer Leona Bowe who performed for Barack Obama during his visit to Ireland and Conor Nolan from Newport who has been ranked in the top 10 dancers at world level. Also joining the group will be brother and sister Oisin and Aine Moroney.