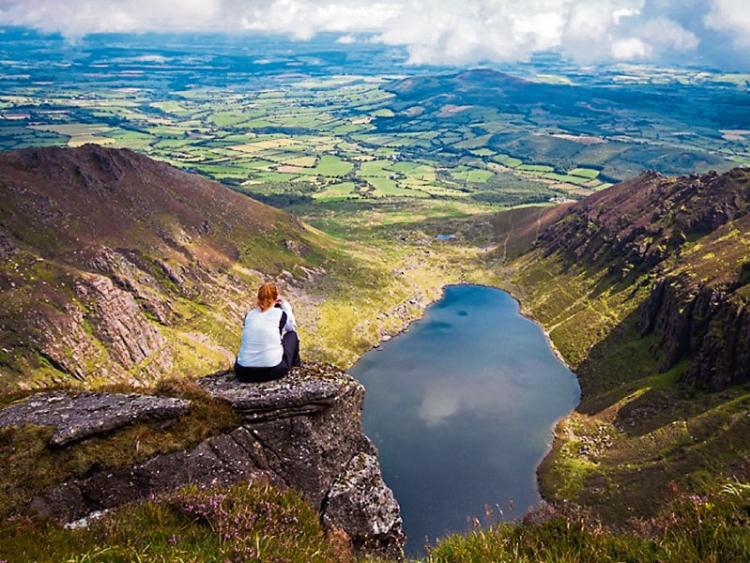 The stunning Comeraghs will welcome large numbers of visitors.

THE continuing good weather is proving a major boost to the Comeraghs Wild Festival with huge numbers pre-booking tickets to lots of the popular events and a massive local response to a major street fete in Kilmacthomas which is to feature the very best food and craft producers from the region and more.

Festival chairperson, Mary Flynn, said the beautiful weather has put everyone in a good mood and urged as many people as possible to come out and support the voluntary festival which has this year been extended by another day.

“The sunshine has put everyone in good form. This year we introduced an early bird booking system for four of our main events. People have been great to book early and make savings. We’ve a great mix of events throughout the four days – ranging from relaxing morning yoga in Crough Wood to a white-knuckle mountain bike Nire Valley Summer Drop event.

“The Brake for the Border guided cycle tour, Portlaw Through the Centuries talk and Teas, Tales and the Troubles event at Woodhouse are a huge hit with history lovers. And we’re thrilled with the take up too for the sea foraging at Bunmahon, the Glacial Heritage Walk at the Rathgormack Centre and the Surfing Open Day. This is a festival that really caters for all ages, all tastes,” she said.

Head of Enterprise with Waterford County Council, Richie Walsh, said the festival was developed six years ago to foster community spirit in the region. “There are now over 20 top-class events on the festival line up. We’ve had to add the extra day and have welcomed new communities on board. Waterford local authorities are delighted to support this event which generates as much as €200,000 for the local and regional economy across the four days.”

The unique culture, history, characters and storytelling traditions of the region will be celebrated through Lackendarra Jim, a play on the opening night which focuses on the life of the hermit from the hills. There’s also a céilí to look forward to at the Rathgormack Hiking Centre as well as a play on the final night entitled Pádraig Potts Guide to Walking.