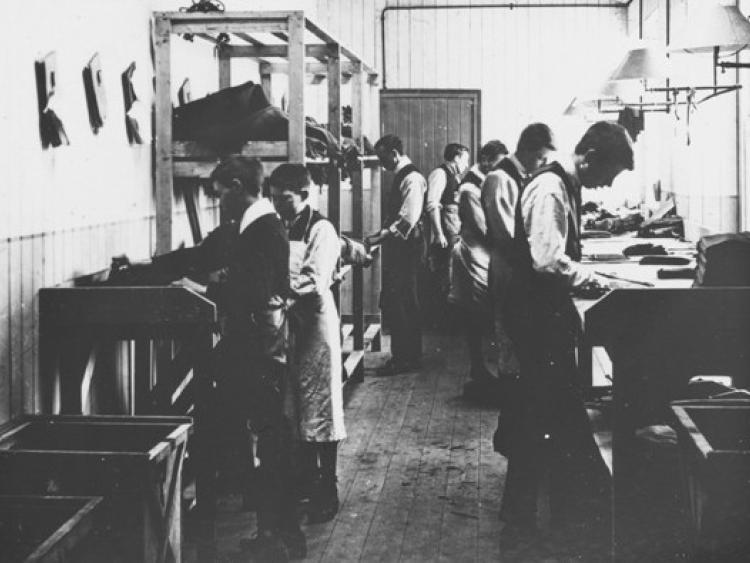 The exhibition will include photographs, press cuttings and memorabilia from a time when glove making was a key industry in the area.

Mary Alice O'Connor, Curator of the Art Gallery in the Tipperary Excel says that it is a very important record of an industry with a long history in the town and surrounding areas. "It began with wanting to recognise the contribution of women to society from the time of the right to vote 100 years ago and graduated into recognising the contribution of both sexes to an industry that gave huge employment to people from the town and the wider community".

The first Glove Factory opened on the Station Road in Tipperary Town in 1936 with 73 employees and as the industry grew the workforce also grew significantly, with the workforce doubling in the space of a couple of years. Bansha native, Martin Quinn recalls that both his Mam and Dad (Larry and Mary Breen/Quinn) both worked in the factory.

"My Mam worked in the office there and my Dad was a master cutter in the cutting room. It was there where they first met and fell in love and the rest as they say is history. The factory closed in 1956 and my Dad subsequently went to work with Jim O'Connor in the Glove Factory in Bansha".

Mary Blondell from Tipperary Town also recalls her father working in the factory "Dad worked in the glove factory for a number of years and then due to bad health he began to work at home. We lived in Fr. Mathew Street, a family of 5 children and our parents. The front room was turned into a work space for Dad, where he got the leather delivered and did the process of cutting out the gloves".

Helen English (nee Butler)recalls the sound of the sewing machine in the evenings after she went to bed, as her Mother sewed the gloves: Helen’s mother Eleanor Loftus worked in the Glove Factory initially and after marrying worked from home.

When the factory closed in 1956 the only option for many of the young girls and boys was to emigrate to England to find employment. Some of those who stayed gained employment in Bansha, being brought out in a bus while others went to work in a new glove factory in James Street in Tipperary Town.

Mary Alice says that this building is still there with much of the equipment and gloving patterns and documentation still there. "It is like that the people who worked there just got up and left and that everything there was left behind, almost exactly in place. It is remarkable to see and it is like going back in time going into the place".

Youthreach Cappawhite with the great assistance of Melissa Corish have produced some wonderful murals depicting glove making and these have been put up in front of the windows in the building. This has attracted great interest from the general public and passers-by.

Glove making was not only confined to this building as there was also a second glove making enterprise in James Street, while gloves were also made by people in their own homes.

The Glove Factory in Bansha closed in 1976 following the sudden death of Jim O'Connor. The exhibition in the Tipperary Excel opens on Thursday July 19th at 7.30pm and will run daily for a month.