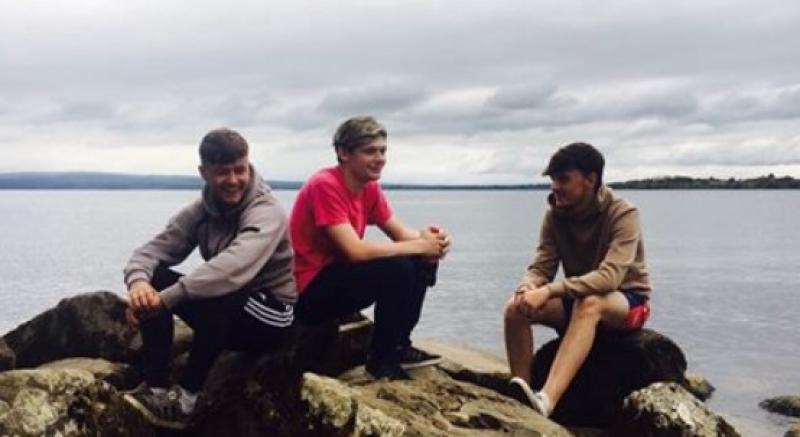 A  group of Nenagh musicians are hoping to fill the void left by One Direction as one of the biggest bands in the world when they take to the stage at this weekend’s live auditions for the X Factor 2018.

Shallow Hearts, made up of friends Colin Dillon, Calvin Coleman and Jack McGrath, will set sale for the Wembley Arena this Friday to perform in front of the new X Factor judging panel including 1D’s Louis Tomlinson, Robbie Williams and music mogul Simon Cowell.

The boys, who are all members of Nenagh Choral Society, were contacted by scouts for the TV show earlier this year after Colin posted a video online of the group performing a cover of The Fray’s ‘How to Save a Life.’

The trio were then invited to Dublin to perform in front of X Factor producers performing a selection of songs including their own version of The Jackson Five hit ‘I want you back.’

Several weeks later, while in rehearsals with Nenagh Choral Society, Colin says the group got a call to say they were successful in Dublin and were invited to perform in one of the UK’s biggest venues this weekend.

“It hasn’t sunk in yet to be honest,” Colin tells the Tipperary Star, adding that he’s particularly keen to impress Mr Cowell.

“We always watched the X Factor growing up, like everybody else. We’d watch the other bands performing and be blown away by them but it never really occurred to us that we could do it too, that three messers from Nenagh would perform in Wembley.”

“We just hope we have what the judges are looking for.”

Colin also revealed the reason behind the band’s name, admitting that fellow bandmate Jack suggested the idea saying “Shallow Hearts was a good fit because they’d no luck with women.”

“That might change after Wembley though. Who knows?,” jokes Colin.

While they may be small fish in a big pond when they fly to London this weekend, back home the boys are already being treated like fledgling rock stars after a fundraising event in Paddy Rohan’s pub on Friday night saw the venue packed to capacity.

“We ran a fundraiser to help us pay for flights for London and there was a huge turnout in Nenagh. We can’t thank everyone enough and we just hope we do Nenagh proud this weekend in London,” says Colin.