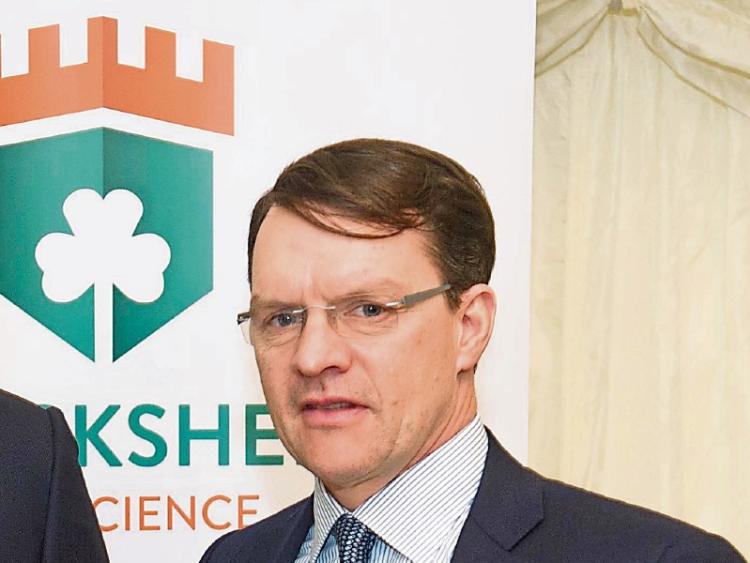 One of the world’s most successful horse trainers Aidan O’Brien who has been the private trainer at Ballydoyle Stables near Cashel  for John Magnier and his Coolmore Stud associates will be joined by Hurling manager and former player Davy Fitzgerald and All-Ireland Camogie player and TV personality Anna Geary plus the former Premiership footballer with 64 full Irish international caps Kevin Doyle, as they discuss the demands and sacrifices that top-level athletes must endure chaired by journalist Sinead O’Carroll.

Despite chronic back pain, John Kennedy was an enthusiastic participant in family touch football games and he also enjoyed sailing and golf. The love of sport in the Kennedy family was also reflected in Eunice Kennedy Shriver’s work with the Special Olympics.

This panel of Irish sporting legends will provide their audience with a unique opportunity to hear each of their perspectives during the 2018 Summer School.

Other highlights of the 3-day festival of politics and culture include an audience with American human rights activist and daughter of Robert F. Kennedy, Kerry Kennedy; American Presidential campaign strategist for John McCain, John Kasich and of and George H.W Bush, Mr. John Weaver, a sit down interview with Miriam O’Callaghan; the Kennedy Speaker’s Lunch’ will see EU Commissioner Phil Hogan give his update take on Brexit; Gerard Doherty former Chair of the Massachusetts Democratic Party will present his book “They were friends of mine, Bobby, Jack and Ted” to the John F. Kennedy Book and Research Archive at New Ross Library along with a number of Politicians, News correspondents and leading global academics who will all join in the discussions billed for the annual Kennedy Summer School and a special screening of  Greg Barker’s fly-on-the-wall documentary about Barrack Obama’s final year in office will take place, followed by a skype interview with Samantha Power the former US Ambassador to the United Nations.

More than 40 guest speakers will participate in debates on a wide range of subjects with current U.S. politics, the final phase of Brexit negotiations and the recent Referendum to Repeal the 8th Amendment featuring prominently from September 6th to 8th 2018.

Entertainment will be on the bill too as Brendan Grace joins Rachel Allen to host a Tea Party in the yard at the Kennedy Homestead in Dunganstown set to be reminiscent of the most famous tea party in history as  President John F. Kennedy stood in the yard of his ancestral home in New Ross and drank an iconic cup of tea with his Irish cousin Mary Ryan.

A special event for School students will also be on offer with author and academic Sinead Burke as she joins Senator Lynn Ruane and 2FM DJ Chris Greene to address more than 800 pupils on 'Inspiring Ambition over Adversity'.

Events will close with a special event to mark the 50th anniversary of the opening of The John F. Kennedy Arboretum. The Kennedy Summer School and Festival is run in association with the John F. Kennedy Trust, New Ross and Wexford County Council.

For further details and tickets for the 2018 events see kennedysummerschool.ie or call St. Michael’s Theatre on 051 421255.