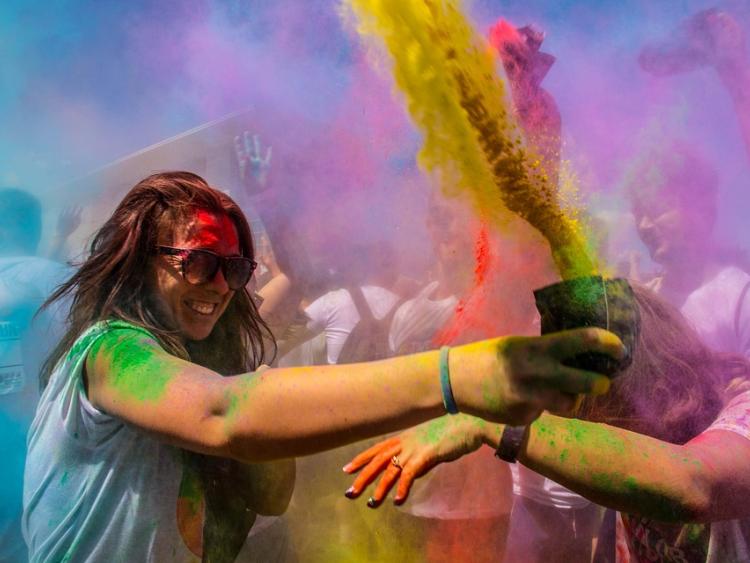 Pull on your runners, throw on a (semi old) jersey and start warming up those glutes because the annual Tipperary Racecourse 5km charity dash is back with a bang on Friday August 10.

The annual colour dash, which has been described by many as the most fun 5km run you’ll ever do, makes a welcome return to Limerick Junction this month with all funds going towards two incredible charities in Tipperary.

For the uninitiated, runners setting out in their pristine sports gear at the start of the 5km track will be doused in a multitude of pinks, greens, purples, reds and yellows at colour stations set up along the route. Never before has jogging been this much fun!

This year’s worthy beneficiaries are the inspirational Circle of friends cancer support centre in Tipperary town and the South Tipperary Hospice Movement.

Racecourse Manager Andrew Hogan says the event is one of the highlights in the race course calendar: ‘Our Charity night is an important one for us every year. It’s our way of giving back to the community that supports us throughout the year. Circle of Friends and South Tipperary Hospice Movement do tremendous work and we’re delighted to be able to support these great charities on the night.’ After the quick sprint, sit back and enjoy a refreshing beverage in the company of Dublin band Little Green Cars. Since their 2013 debut Absolute Zero, which spawned the hits including 'My Love took Me Down to the River' and ' The John Wayne', Little Green Cars have cemented their status as one of the country's most exciting exports having extensively toured the US, Australia and Europe as well as clocking up appearances at the likes of Lollapalooza, Coachella and Benicassim.

The Dublin based five piece famously formed while still at secondary school, bonding over a shared love of music and classic songwriting.

“We’ve come through a lot of personal upheavals since the band started but I think we’ve actually grown closer as friends. Anything that happens we come through it together,” band bassist Adam O’Regan told the Tipperary Star last December of the group’s ten year friendship.

All proceeds from the event will go towards local charities including cancer support group Circle of Friends and South Tipperary Hospice Movement.

General admission on the night, and some group hospitality packages still available also on www.tipperaryraces.ie.