Countdown is on to Feile revival in Semple Stadium 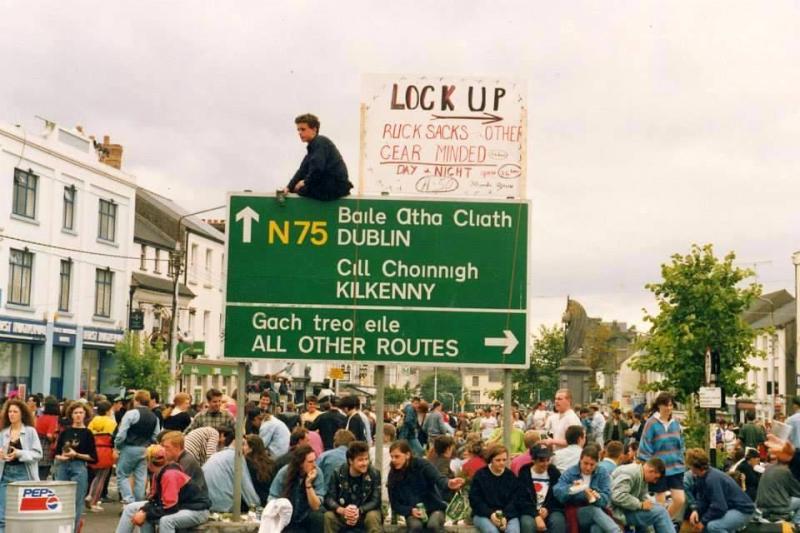 More than 20,000 music fans are expected to make their way to Semple Stadium next weekend as one of the most iconic music festivals to ever grace Irish shores prepares for  the ultimate comeback when Feile Classical kicks off on Friday 21st, September.

The music festival, which has been billed as 'Feile for grown ups', will reunite Feile favourites The Stunning, Hothouse Flowers, An Emotional Fish, Something Happens, The 4 of Us and The Frank & Walters in the hallowed grounds of Semple over two nights this September 21-22.

The old phrase "see ye at Feile" can be dusted off again. Here we are back in Semple Stadium for the first time since 1994! See you on Sept 21&22. @FeileClassical @thehappens1 @jerryfish @the4ofus @frankandws @hothouseflowers pic.twitter.com/4ebqeW89i2

The surprise announcement of Feile's return was met with rapturous enthusiasm by diehard Feile fans and a whole new generation of music fans alike, all eager to relive the madness of Ireland’s legendary music festival.

Such was the demand for tickets that Trip to Tipp organisers immediately added a second date for the Friday night. While a limited number of tickets still remain for the 21st, Saturday’s concert was booked out within minutes of going on sale back in April.

Alongside the music, festival goers can relive the glory days once again through a   photography exhibition of the fans and bands of Féiles past, featuring mohawks, dodgy jumpers, seas of cans and mosh- pits of dreams.  Also set to relive  the memories of times past will be the exciting ‘Tribal tent’ which is dedicated to discussion of the Féile glory days.

Heading to @FeileClassical in a few weeks ?

Well, join me plus @TheStunningBand & Jerry Fish All-Stars for the Official After Parties !

Inside the venue foodie fans will not be disappointed when they encounter the pop-up food village which will showcase flavours from around the world including a host of vegan and vegetarian options as well as prosecco and gin bars.

However the fun doesn't stop inside the grounds of Semple as Féile Classical organisers have also  put together an entire weekend of festival entertainment throughout the town of Thurles including the Tribal Revival After-Parties with a  line up featuring DJ sets from The Prodigy's Leeroy, The Stunning live and a massive silent disco.

For those travelling to Féile Classical, there are a range of transport options available on the Féile Classical Official Bus Routes including same-day return tickets departing from Carlow, Kilkenny, Cork, Fermoy, Dublin, Portlaoise, Galway, Ennis, Limerick, Nenagh, Waterford, Clonmel, Athlone, Birr, Roscrea and Tralee, arriving at Thurles Racecourse Eco-Glamping Village. Return journeys will depart 45 minutes after the end of the concert from the drop-off point. Tickets from €20 – €35  are available now from www.eventbrite.ie