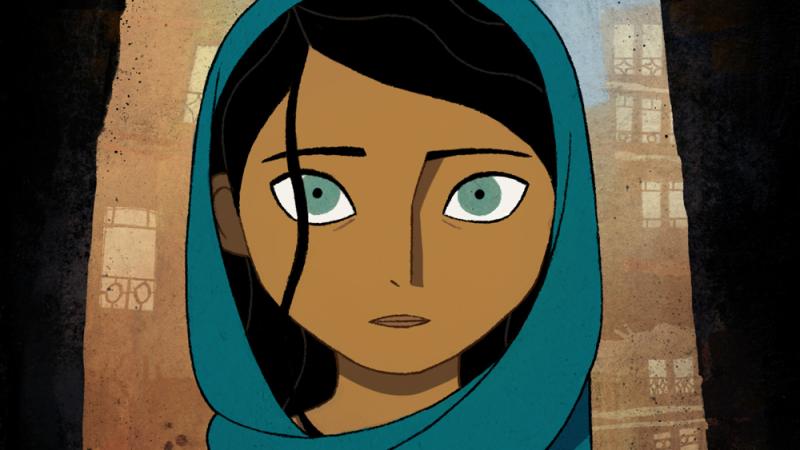 After critical acclaim (not to mention Oscar nods) for previous films The Secret of Kells and Song of the Sea, Irish animation company Cartoon Saloon turn their attention to the Middle East for their latest release The Breadwinner which focuses on a family in Afghanistan living under Taliban rule.

When her father is wrongfully arrested by the Taliban, eleven year-old daughter Parvana (voiced by Saara Chaudry) realises she must provide for her family. So, cutting her hair and dressing like a boy, she eventually finds work and in so doing experiences a new sense of freedom for the first time.

However, this new-found freedom also brings with it danger as Parvana witnesses for herself the brutality of life under the Taliban. As she begins a search for her father and tries to reunite her family she invents a series of weird and wonderful tales to sustain her courage along the way.

While refusing to shy away from the harsh reality of life under an oppressive regime, The Breadwinner is also an enchanting and uplifting tale about the power of storytelling to provide light and hope through dark times.

The Breadwinner will be screened in The Source Arts Centre in Thurles on Wednesday, October 10th at 8pm.

Tickets: €9/ €5. For more information contact the box office on 0504 90204 or visit www.thesourceartscentre.ie