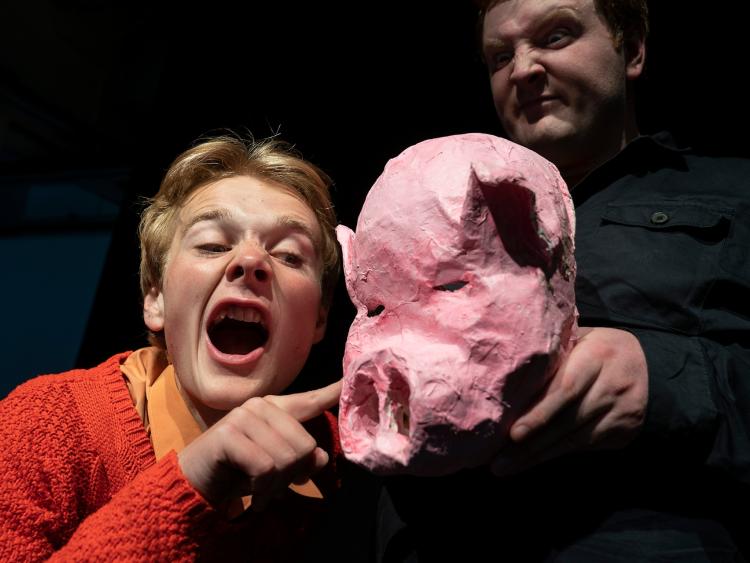 Twenty-five years on, Pat McCabe's Frank Pig Says Hello returns this autumn to the Source Arts Centre, Thurles on 13th October in a new touring production that brilliantly captures the legendary original and brings one of the great classics of modern Irish theatre to a new generation of audiences.

Frank Pig Says Hello tells the desperately funny and tragic story of the life of Francie Brady growing up in a small Irish town in the 1960's and his descent towards a brutal act that shocks his community.

The original production coincided with McCabe's Booker-winning novel of the same story entitled “The Butcher Boy”. The play distills Francie's infamous narrative into a riveting evening of pure, outstanding theatre.

Featuring a mesmerising performance by two actors, Darragh Byrne and John Ruddy, Frank Pig is regarded as the most vivid, hilarious and heartbreaking evocation ever seen on a stage. Tickets cost €15. Time 8pm. Booking: 0504 90204