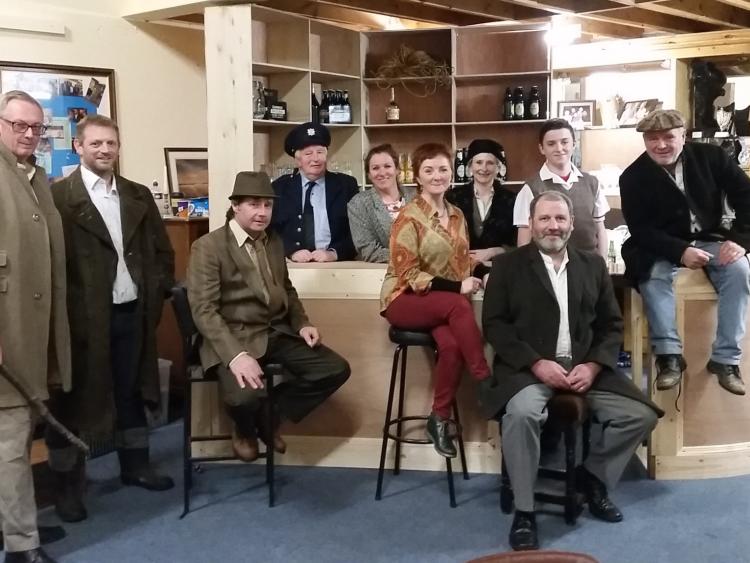 The Nenagh Players are celebrating their 75th Anniversary this year and have decided to present a classic of Irish Theatre, The Field by John B. Keane, considered by many to be his most powerful and evocative work.

John B. Keane’s play The Field is a very well known play, this is the groups third time to do it, the last time they did the play was 1987.  The play debuted in the Olympia Theatre in Dublin in 1965 and even after 53 years the play has not lost its relevance.

The play tells the story of the Bull McCabe (Kevin Walshe) and the land he loves which he rents from his neighbour the widow Maggie Butler (Grainne de Stafford).  When Maggie decides the sell the land, the Bull considers the land his own and has no intention of paying the value of the land. This seems to be going his way until Galway man William Dee arrives from England to the village and he is willing to pay more for the land.

An encounter between Dee and the McCabes ends in bloodshed and the cover-up which follows involves the intervention of the clergy and the law in an attempt to expose the truth of the matter.

The Field is directed by Irene O'Meara.  Irene has a lot of experience in acting and directing with the Nenagh Players and the Borrisokane Players, Aisteoirí an Aonaigh, DramsocNUIG and other drama groups over the years..  She also has adjudicated in a number of  Drama Festivals across the country.  Irene has directed John B Keane's Sive for the group.

We are delighted once again to be holding a Gala Night to raise funds for the Nenagh Special Summer Camp on our opening night November 14 at 8pm, there will be cheese and wine reception in Rocky O'Sullivan's Bar on Kickham Street.  Congratulations to the Special Summer Camp committee on their Civic Reception from Tipperary County Council,  a well deserved recognition for their thirty years service to our community.

Tickets for the Gala Night can be purchased from any Nenagh Special Summer Camp or Nenagh Players Committee Member.  Tickets for performances on 15 - 18 November can be got by calling the Nenagh Arts Centre on 067-34400 or by visiting the website www.nenagharts.com.