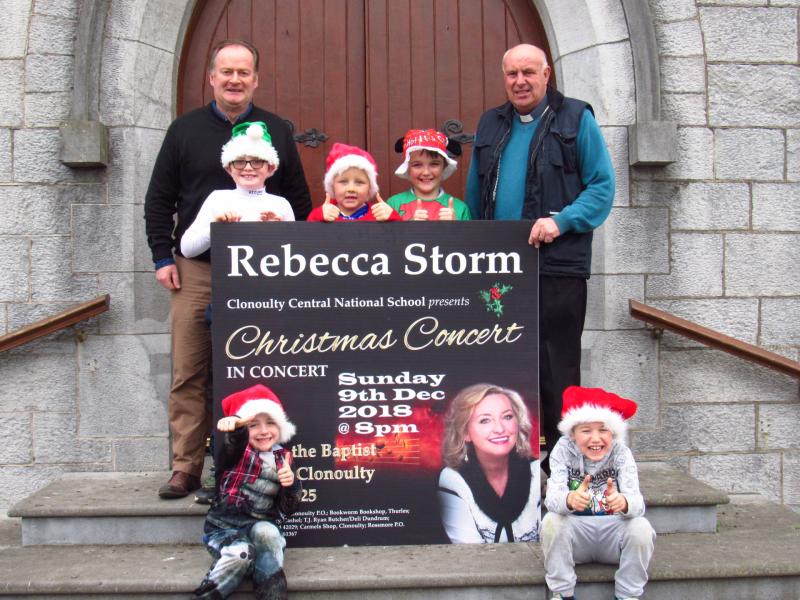 Clonoulty is set to roll out the red carpet this December when the 'First Lady' of musical theatre descends on the village for a star studded turn at St John the Baptist Church.

West End superstar Rebecca Storm has been unveiled as the headline act for this year's Christmas concert in aid of Clonoulty NS on December 9 with all money raised going towards the development of the school's sporting facilities.

Clonoulty NS principal Thomas O’Brien says the concert has reached an almost iconic status in the community and is heralded as a signal that Christmas has well and truly arrived.

“We were thrilled to get such a big name star for this year's show. We're delighted that we've been able to grow our production year on year and extremely thankful to the community and our dedicated organising committee for their support and encouragement every year,” he added.

In recent years the school has welcomed such illustrious performers including Liam Lawton and Tommy Fleming, and this year’s extravaganza looks to be no exception.

Storm, who is best known for her performances in Blood Brothers and Les Misérables, is set to perform a host of hits from her West End days as well as the requisite Christmas classics.

The church will once again be transformed into a winter wonderland theme with the red carpet ready to greet patrons on their arrival. Following the concert there will be a selection of refreshments available in the local community hall.