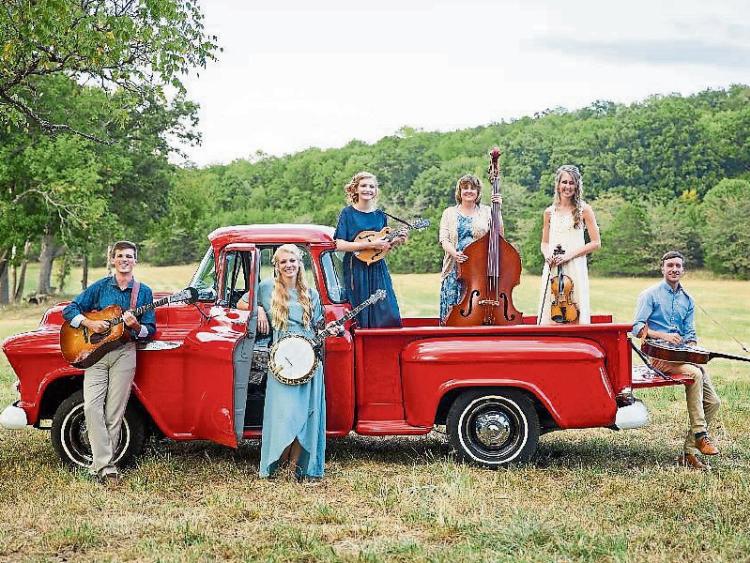 Clonmel Folk Club's  next concert features the Petersens on Tuesday, January 22  at the Coachman Bar,  Clonmel.

Tickets € 15.00 from Ger Ambrose Jewellers , The Arts Centre Clonmel and The Coachman Bar.

The Petersens, from Branson, Missouri, are a six piece bluegrass band, comprising five members of the Petersen family and one non family member, Emmett Franz.

They are excellent instrumentally but it is their incredible sibling harmony that makes them a stand-out  not to be missed band.

They cover classic bluegrass, country and gospel and some great original songs.

The band features  Ellen on banjo/vocals;

and Emmett Franz on dobro/vocals.

They perform regularly at The Little Opry in Branson and annually at the Silver Dollar City (a suburb of Branson) Bluegrass Festival where they have made a huge impression.

Branson is one of the main cities in America for country, bluegrass and tribute shows.

Millions of people visit it every year.

Recently In a recent interview, Daniel O'Donnell was asked did he see any good concerts recently and he replied that  he saw a bluegrass band in America called the Petersens and thought they were terrific.

He also mentioned that they would be in Ireland in January.

Like Daniel, one has to see a bluegrass band live to appreciate how great this music is. Now you can catch The Petersens in Clonmel.