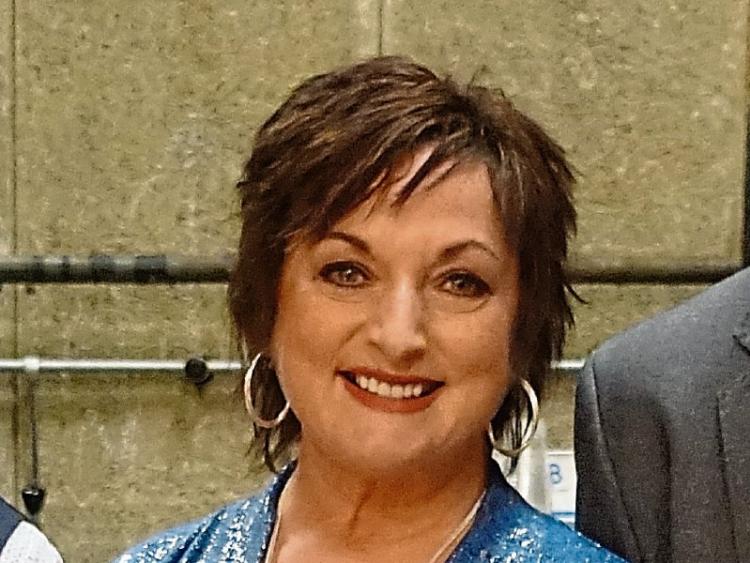 Tipperary singer Louise Morrissey is to feature in a new television country music programme on RTE  1.

She will join a star-studden line up for a celebration of country gospel on Sundauy, February 10 at 11.10am.

The programme will be a rich musical coming together of north, south, east and west, of Presbyterian, Roman Catholic, Anglican, Methodist and other traditions.

The programme has been in planning for several months.

Louise, James and Colin are joining with  Rev. Alan Mitchell from Sligo and Portstewart, RTE and the Sligo Gospel Choir for an Irish country music celebration titled A Celebration of Country Gospel Music.

Expect to hear many  favourites such as  One Day at a Time, I Saw the Light, Amazing Grace, The Old Rugged Cross as well as You Can’t Buy Heaven and many others.

Viewers will also hear personal stories from Louise, Colin and James about their many experiences in music, their lives, work and faith journey.

Alan Mitchell will include prayers and scripture as well as a short talk on the power of country and gospel music for praise, prayer and as a wonderful way to help bring positive change to our everyday lives.

The Sligo Gospel Choir will join each singer on a number of their songs.

The 50 strong choir was formed in 2010 and gather their membership from Sligo,  Mayo, Roscommon, Leitrim and Donegal.

RTE in recent years have returned to focus on the rich exciting life that country music has in Ireland.

Louise Morrissey has been part of this Irish country music success story and she has long been one of Ireland's best loved singers and entertainers.

Louise has achieved great success in both Ireland and the UK, and has brought her easy style of country and folk to many other countries, including the USA and Canada.

Louise joining with James Kilbane and Colin Elliott is a wonderful coming together in traditions and styles as one family.

Over the last 250 years rural Ireland has contributed to the development and style of country music, mainly in America, but also Australia and internationally.

Country music has its deep roots in Irish and Scotish society,  folk and traditional music.

Some of the first immigrants to leave Ireland landed in the southern states of America and brought with them our shared Irish traditions, tunes, instruments, dance, stories and faith.

As time passed this culture and music has evolved into American society that has given us country music that so many love today.

Country gospel has been a key of this evolution from legendary singers as Hank Williams, June Carter, Dolly Parton, Johnny Cash, George Hamilton IV and many others who all sang gospel.

On Sunday, February 10 at 11 am, it is hoped that lovers of country music, families, homes and communites across Ireland will join with Louise Morrissey, James Kilbane, Colin Elliott, Rev. Alan Mitchell, the Sligo Gospel Choir and RTE 1 television for this special country music programme.