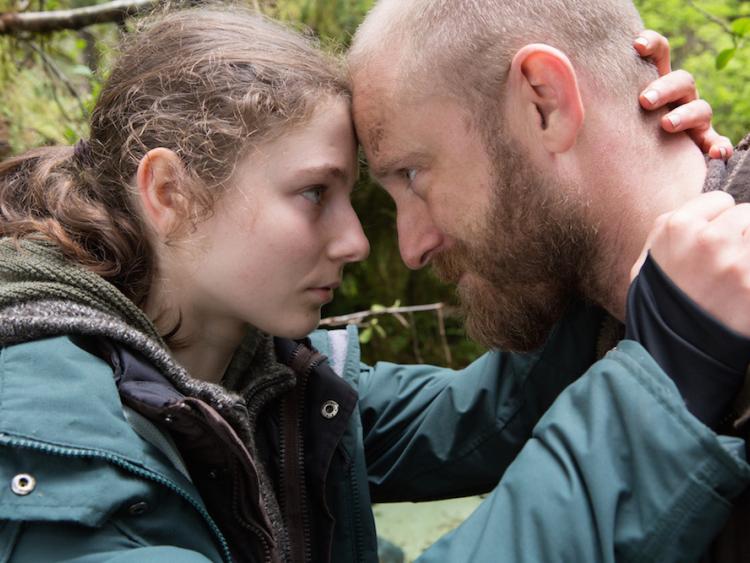 In Debra Granik’s compelling drama Leave No Trace, a father and his teenage daughter live an idyllic existence in a forest in almost total isolation until the authorities intervene and they are forced to find a new life to call their own.

Army veteran Will (Ben Foster) and his thirteen year-old daughter Tom (Thomasin McKenzie) live off grid in a huge and beautiful public park in Portland, Oregon.

They share a tent and build fires, using basic implements to cook food. They also read a lot and only make occasional trips into the city so they can pick up food and other supplies before swiftly returning to the forest.

Will uses military-style drills in order to keep them both undercover but when Tom inadvertently allows herself to be seen by a hiker one day, the authorities are quickly notified and both are taken into social services. Will is determined to escape and return to the forest as soon as possible but with a whole new world full of possibilities opened up to her, will Tom feel the same?

Granik’s film is a beautifully quiet and unsentimental study of lives lived on the margins and boasts memorable performances from the two leads.

Leave No Trace will be screened in the Source Arts Centre in Thurles on Wednesday, February 27 at 8pm.