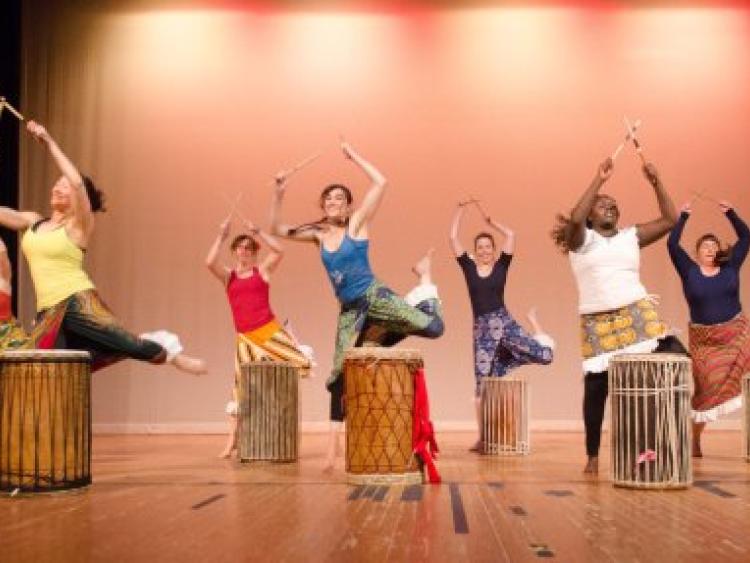 An African drum/ dance workshop will take place at the McCauley Centre, Templemore from 2pm to 4pm on Saturday, April 27

Eric Bell, pictured below, brings his 50th Anniversary Tour, to The Source Arts Centre on Saturday, April 20 at 8pm. Tickets €15.

Hank Wedel and Ray Barron will play in concert in Finns Alehouse, in conjunction with Borrisoleigh Community Development Association on Tuesday, April 23 from 8pm. Cost €10. Proceeds go to maintaining the appearance of Borrisoleigh and the work already done.

Sunday traditional music session at the Arch from 7pm, followed by Martin Forestal at 10pm till late.

Tom Cleere Memorial Cabaret will take place in The Valley Inn, Woodsgift on Saturday, April 20. Music on the night by Outtadiesel. Admission is €5 and all money raised goes to the Carlow-Kilkenny Homecare Team.

Dancing in The Premier Ballroom Thurles on this Easter Sunday night, April 21 to Pat Costelloe. Dancing is from 8.30pm to 11.30pm with tea at 10pm. Admission price of €9 includes free draw.

An African drum/ dance workshop will take place at the McCauley Centre, Templemore from 2pm to 4pm on Saturday, April 27. This is an introduction workshop to Dundun dance which is a form of stick drumming and dance from West Africa. Participants will learn how to play some basic rhythms together as a group on dundun drums while combining them with funky African dance moves. Booking is essential. Cost €25 each. For more information call Bernard on 087 4686578.

A commemorative concert to the War of Independence takes place in Holycross Community Centre on Easter Monday, April 22. All money raised through the event will go to Cabragh Wetlands. Admission is €5 and the event will begin at 8pm. For further information contact Mairead on 086 2122456.

John MacKenna’s new play The Mental comes to Nenagh Arts Centre on Saturday, April 27 at 8pm. Set in a psychiatric hospital in 1990, The Mental is a warm, beautiful, often funny and sometimes heartbreaking story of a man who spent four decades in care for doing a good deed. Tickets: €16 / €14.