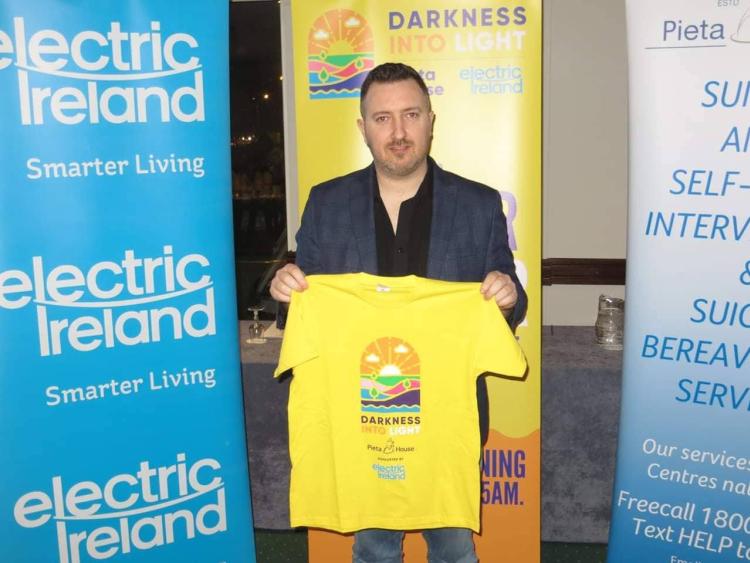 A Tipperary based country singer, who previously kept Taylor Swift off the top of the Irish charts, has released his latest single in aid of suicide awareness charity Pieta House and Darkness into Light.

Banagher born, Borrisokane based songwriter Colin Kenny has carved out a successful career as a country and western singer, having previously shared the stage with the likes of Mike Denver, Tony Christie and Philomena Begley, and now has released his latest single, the anthemic Let's Step Together.

Kenny, who performed the song at the launch of Tipperary Darkness into Light in Nenagh last month, said he was inspired to pen the track to help spread the DIL message 'it's okay not to be okay.'

“Even just a few years ago the topic of suicide wouldn't be discussed, it was very much a taboo subject. That's why these events are so important because they start conversations,” says the Borrisokane based barber.

To date the uplifting song has been viewed over 20,000 times on social media with messages of support pouring in from as far away as Hong Kong and Spain.

“I think it has really connected with people, messages haven't stopped flooding in,” says Kenny who self funded the song entirely himself and says he was determined to give something back to the organisation after taking part in previous walks himself.

Let's Step Together will be played at a number of walks in Tipperary and Offaly later this month however Kenny hopes those taking part in upcoming events on May 11 will help to spread the songs uplifting message and for it to become a feature at all DIL walks around the world.

“It would be great to have it played at the walks in Ireland and overseas. I recorded the song because I wanted to help make a difference so if it reaches even one person and reminds them that there is help and support out there, it's been worth it,” he tells the Tipperary Star.

Let's Step Together is available now.

To donate visit Colin Kenny on Facebook. Darkness into Light takes place on Saturday, May 11 at locations nationwide.