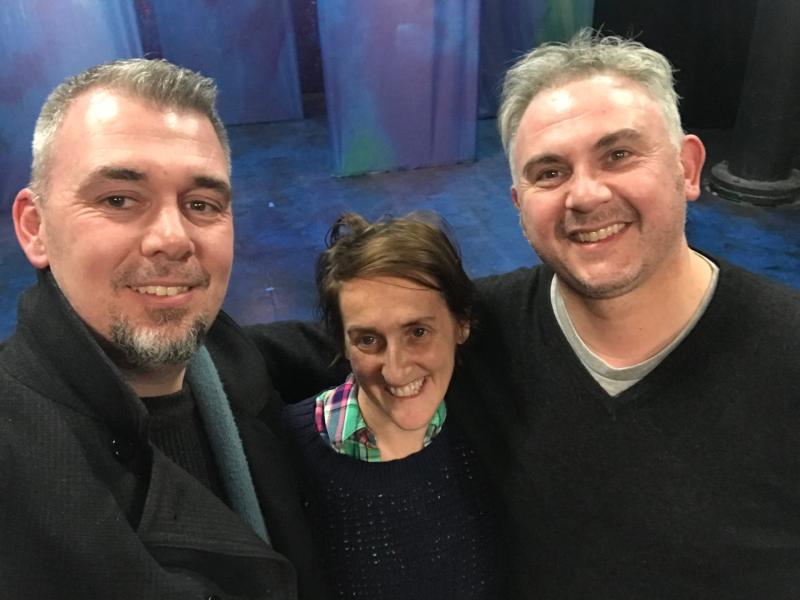 Martin, a multi talented musician who spent his formative years growing up in his native Cloughjordan, says his love of history can be traced back to his parents; his father who impressed on him the many significant landmarks of the area and his mother who shared her love of music and song with her young son.

After finishing school in Borrisokane, Martin headed for England before making his way west, landing a job on board a cruise ship based in Miami traveling the eastern and western Caribbean.

Then, while on a short holiday visiting family friends in Boston, Martin decided to embark on the next stage of his career after immediately falling in love with the historic town.

“I loved Boston, the Irish community at the time was huge. The sense of history here in the cradle of liberty as it’s called was just brilliant for a history buff like myself.”

After being encouraged to apply for a job on the railroads, Martin returned to work on board the cruise ships while waiting for his visa.

He then went on to join Amtrak and over the course of his career has held several positions with the railroad company.

While in Boston, Martin took up the bodhran going on to become an American champion and competing in Fleadh Ceols at home in Ireland.

In 2005 he began working on an album with fellow Tipperary native Jerry Murphy, formerly of The Ormond Ceili Band and Dublin singer songwriter Colm O’Brien, eventually going on to form the band Rud Eile.

The group released an album which received critical acclaim and years of gigging and touring followed before amicably disbanding in 2013.

Poets in the Trenches, Martin's latest album is the culmination of two years of work, however he says the seeds of the project were sown while working on an earlier project about Thomas MacDonagh.

The extensive album contains 41 tracks and features contributing artists from Ireland, England, Scotland, Australia, Canada, and Germany and the US.

“I wanted to approach WWI from a unique perspective and the fact that an album focusing on the Irish poets hadn’t been tackled was very appealing. The approach was chronological beginning on the day before war was declared and ending the day after the armistice,” he explains.

“I wanted to add something personal to the album so I penned a poem and a little piece of music to memorialise my namesake and great uncle Pvt Martin Butler who died in Flanders on Sunday, June 4, 1916.

The poem entitled, Orchards, takes the perspective of a young country soldier seeing the devastation visited upon a small Belgian village, each horror encountered creating a visceral comparison to his own village of Cloughjordan and the familiar scenes of homes,” he says.

The CD also pays tribute to Private Martin O' Meara from Lorrha and Sergeant James Somers from Cloughjordan both of whom won the Victoria Cross.

“I’m very happy with the finished project. Being able to accomplish so much, a 41 track, 72 minute CD with so many great artists has exceeded my expectations,” says Martin.

Due to the overwhelmingly positive feedback from the public and critics alike, Martin has already begun working on a book to coincide with the album alongside co-writer Steven Dieter, a Canadian Air Force captain and war historian who has written extensively on both World War I and World War II.

“The collaboration of so many talented people working with me has been inspiring and humbling. Many of those friends brought colleagues to the project. The enthusiasm each artist brought to the project was infectious and by the time it was completed over eighty people had helped in one way or another,” he says.

Poets in the Trenches is available to download on iTunes, Amazon and copies of the CD are available at Cdbaby.com.