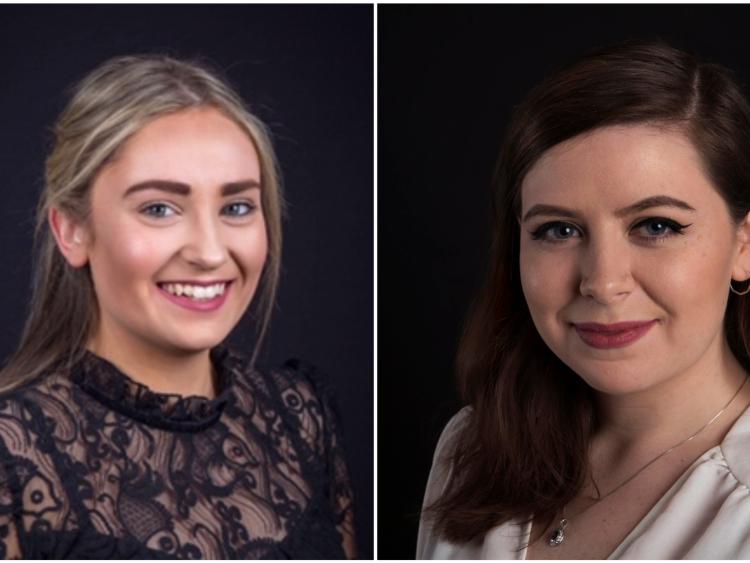 Caroline Behan and Katie Richardson McCrea will perform at at St. Joseph's Church Ballinree, Toomevara on December 21 and 22

Soprano Caroline Behan and mezzo soprano Katie Richardson McCrea will share the stage with baritone Dylan Rooney at St. Joseph's Church Ballinree, Toomevara over two dates this December in what has been billed as an unmissable evening of music.

The concert series will take place over two nights, December 21 and 22, at 8pm nightly. Tickets for this much anticipated show are available from Una's Flowers, Nenagh, Casey's Service Station, Toomevara or by calling Fran on 085 7079171.

Katie Richardson McCrea is a recent graduate of the Royal Irish Academy of Music with Lynda Lee and Dearbhla Collins.

Katie began singing with Piccolo Lasso and then The Lassus Scholars, singing in Ireland and internationally.

In 2015 she began her studies at RIAM with Veronica Dunne and in RIAM productions, Katie played the role Madge in Banished by Stephen McNeff in Kilmainham, Mopsa in The Fairy Queen (Purcell), The Historian in the debut of Siobhan Cleary’s Vampirella and Venus in Monteverdi’s il Ballo delle ingrate at the Peacock Theatre .

Joining Katie will be 22 year old Kildare native Caroline Behan. Caroline is currently in her fourth year at the Royal Irish Academy of Music where she is studying for a degree in Music Performance and Vocal Studies.

In January 2017 Caroline made her Broadway Debut in Beautiful - The Carole King Musical at the Stephen Sondheim Theatre in New York and was also awarded a scholarship to travel to Milan to perform in the Bassi Brugnatelli International Singing and Conducting Symposium where she performed with a chamber group from La Scala Opera House.

This January Caroline will perform the role of Giunone in RIAM’s production of Cavalli’s La Calisto.