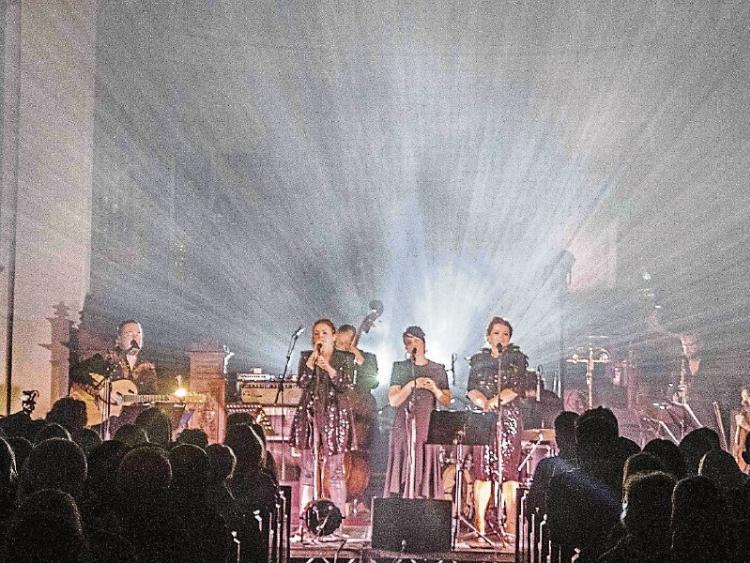 Pauline Scanlon and the Whileaways bring the show to Clonmel

Bird on the Wire is a 10-piece collective of outstanding musicians interpreting the music of one of the greatest songwriters of our time, Leonard Cohen.

It has received rave reviews and is touring across Ireland in 2019 and 2020.

Pauline Scanlon and The Whileaways along with their merry band will celebrate many of Cohen’s best-loved life works. They lead a masterful collective including Will Merrigan on bass, Dave Clancy on keys, Beoga legend, Eamon Murray on drums, together with strings and brass sections.

As a solo artiste and as a member of vocal duo LUMIERE, Scanlon has entranced audiences the world over with her distinctly delicate intensity.

She has performed and recorded with a wide range of artists including Damien Dempsey, Sinéad O’Connor, John Spillane and is a member of several high profile groups including Dønal Lunny’s Atlantic Arc Orchestra.

Scanlon has presented several music-based Television programmes for both the BBC and TG4 in recent years and released her latest album ‘Gossamer’ in 2016 to critical acclaim.

Their sound is simply captivating, enthralling live audiences and securing their firm footing in roots music both in Ireland and internationally.

Bird On The Wire started out as one show. It has grown during 2019, and the show has been performed at festivals across the country

Tickets are on sale now, and  available  online on www.clonmelworld