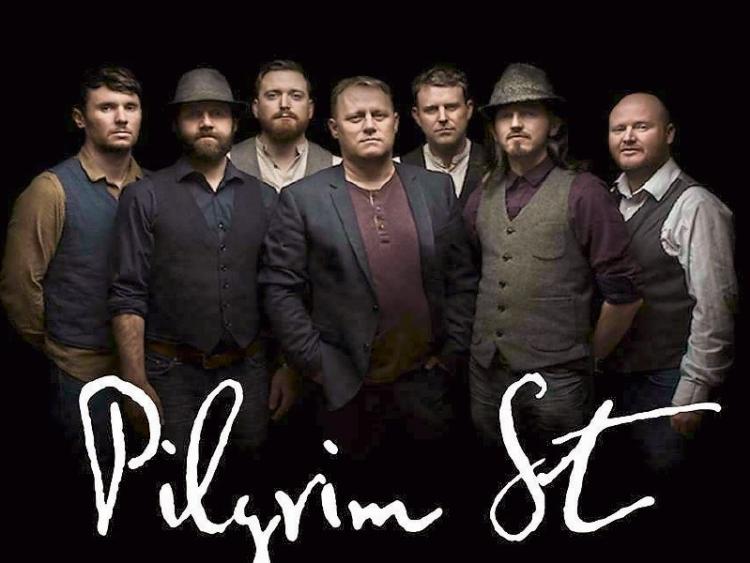 Clonmel World Music is back in Raheen House Hotel for the first show in its eleventh year of gigs in Clonmel, and its first show of the new decade.

This is a band that is attracting large audiences all along the way.

Strongly influenced by Bluegrass, Old Time Country and Folk Music, and fused with traditional folk songs from this side of the Atlantic, Pilgrim St. bring a warm and lively atmosphere to their music.

The band have garnered a glowing word-of-mouth endorsement from venues around the country with their powerhouse live performances.

Drawing from influences such as Hank Williams, Woody Guthrie, The Pogues and Bruce Springsteen’s Seeger Sessions outfit, Pilgrim St. bring their infectious melodies, harmonies and songs to their stage show.

With a setlist made up of great covers of these artistes that influence them and their own original songs, they have graced the stages of Electric Picnic and Vicar Street.

In September 2018 they released Pilgrim St. the EP with the raucous singalong feelgood lead single My Little Blackbird.

The EP was produced by Oisin Leech (The Lost Brothers), recorded in Experimental Audio, Crumlin by Steve Shannon and mastered by Tim Martin.

Doors for the show will open at 8pm and the show starts at 9pm sharp. Tickets are on sale now on www.clonmelworldmusic.com, in Marian’s Bookshop, O’ Connell Street, Clonmel, or from Gerry Lawless on 086-3389619.