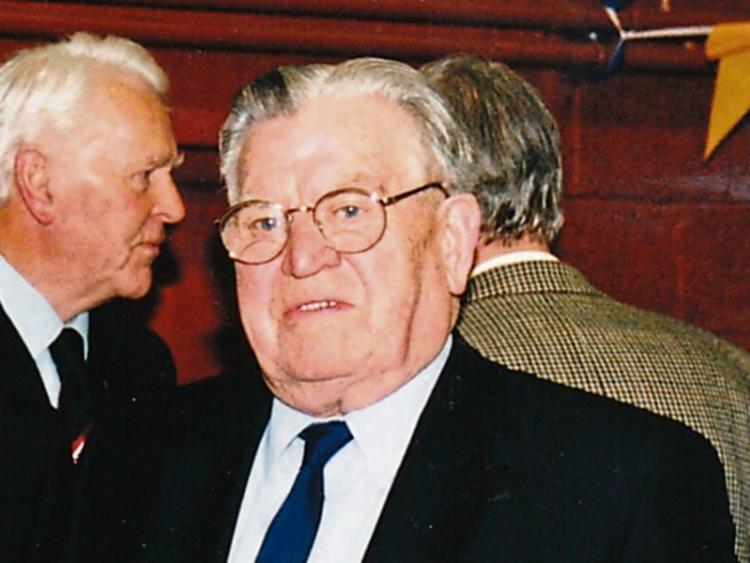 A farewell ceremony was held in Thurles in March 2000 in which tribute was paid to the contribution of a legendary Tipperary GAA administrator, Tommy Barrett who had served as county secretary for a  37 years from 1963 to 1999.

President of the GAA Joe McDonagh, a special guest at the function held in Thurles, and in paying tribute to Tommy Barrett said he was part of the pantheon of a great association that was helping to create a vision for the new millennium.

Tributes were also paid by county and provincial officers who chronicled Tommy remarkable contribution to the GAA. Special mention was made of his devotion to Semple Stadium and its hallowed turf, a venue described on the night by Joe McDonagh as the new in the GAA’s crown.

The promotion of the game at juvenile level was also very close to Tommy heart and speakers recalled how he was instrumental in the launch of Féile na nGael with former GAA president and  then current Tipperary County Board president, Seamus Ó Riain.

Tommy’s term of secretary, especially the early years, coincided with the glorious era of Tipperary hurling and the county won 20 All-Ireland titles in those 37 years, including five senior, eight under 21s and six at minor.

In his few words that night, Killenaule native  Tommy Barrett raised concerns about the future of hurling in some parts of his beloved Tipperary, especially the larger urban areas, where he said there was cause for concern as no team in a town club had won the senior championship in the previous 10 years.

Had he lived he would have great enjoyed Thurles Sarsfields eight county senior  hurling championship wins over the next 17 years or so. 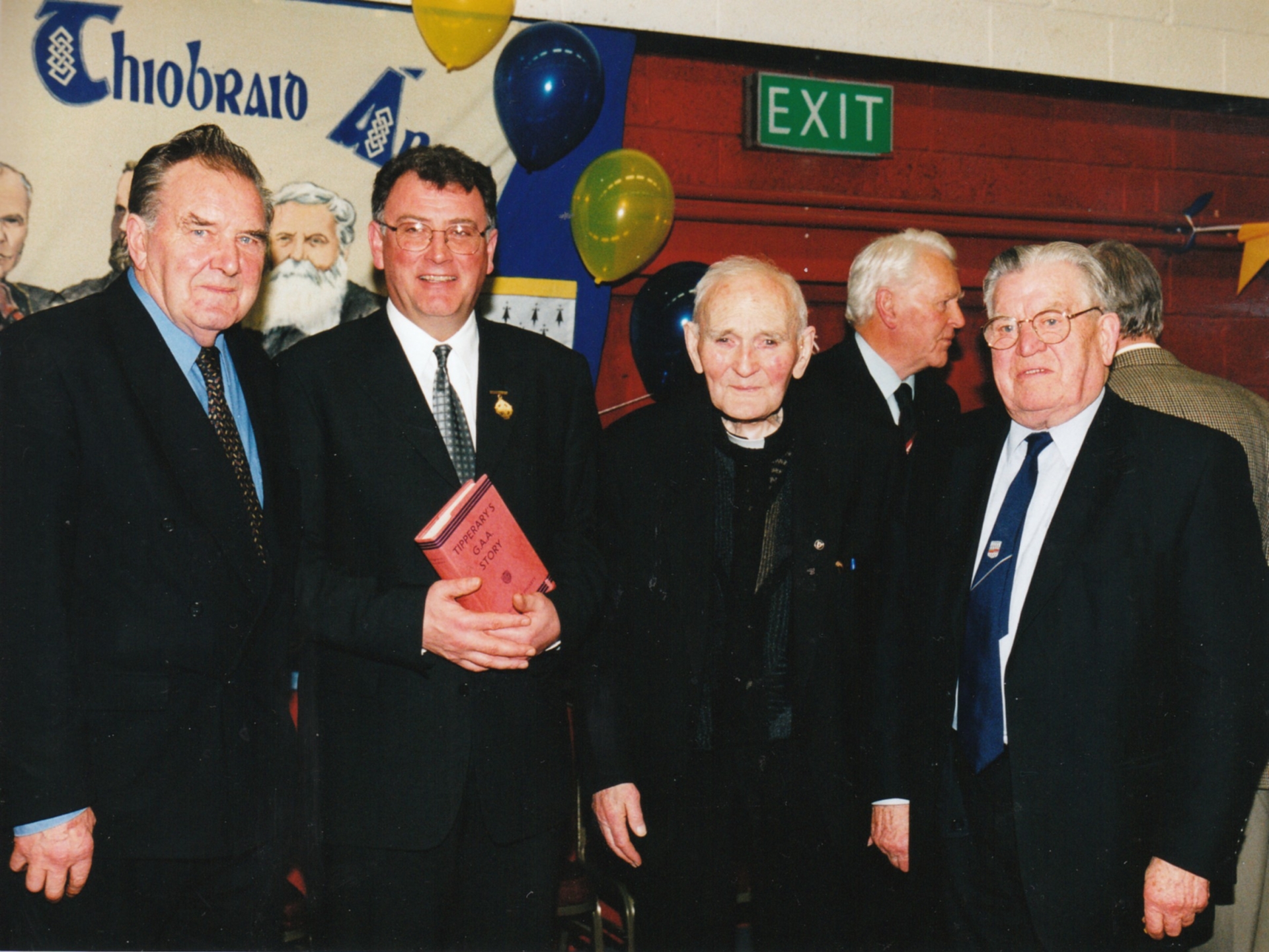 MARCH 2000: Pictured at the retirement function for former Tipperary GAA Board secretary Tommy Barrett in Thurles were eight-times All-Ireland senior hurling medal winner John Doyle; the then president of the GAA, Joe McDonagh, who was the special guest on the night; Glen of Aherlow native, Monsignor Christopher Lee, who was chairman of Thurles Sarsfields GAA Club when Tommy Barrett first became club secretary; and Killenaule native Tommy Barrett who served as Tipperary County Board secretary from 1963 to 1999. Also in background is Seamus Ó Riain, a former president of the Gaelic Athletic Association. All these great Gaels have since sadly passed to their eternal rewards.

We have all become used to scrolling through the galleries of photos on our smartphones but what about those much-loved print photographs stashed away in the attic, in a box under the bed or in that “miscellaneous” drawer in the kitchen? Are they destined to be forgotten forever in the digital age?

Well, it’s time to dig them out and show them some love.

We want readers to take a photo of those much-loved print photos and send them to us. Whether it was taken a few years ago on an instant camera or a few decades ago, we want the photo that stands out for you.
It can be from a social event, a landscape shot, a funny pic or even a holiday snap - we want them all. Yes, even those dodgy “look at the state of my hair” debs photos!
Send us your photos
We want you to dust off the golden oldies, take a picture of your old picture and email it to us.
We will feature your pictures in both our print and online editions. In addition to running your images on tipperarylive.ie and our social media pages we will also carry two pages of your images every week in ‘The Nationalist.'

Poll
We will run a poll every week on tipperarylive.ie and our weekly online readers can vote for their favourite image of the week.
Two winners will go forward every week, leaving six of our readers images going forward to the grand finale with a chance to win our amazing prize package.
The overall winner as voted by the public will win the fantastic prize.

To enter, all you have to do is send your photos to
pictures@tipperarylive.ie
and we will do the rest! Don’t delay!