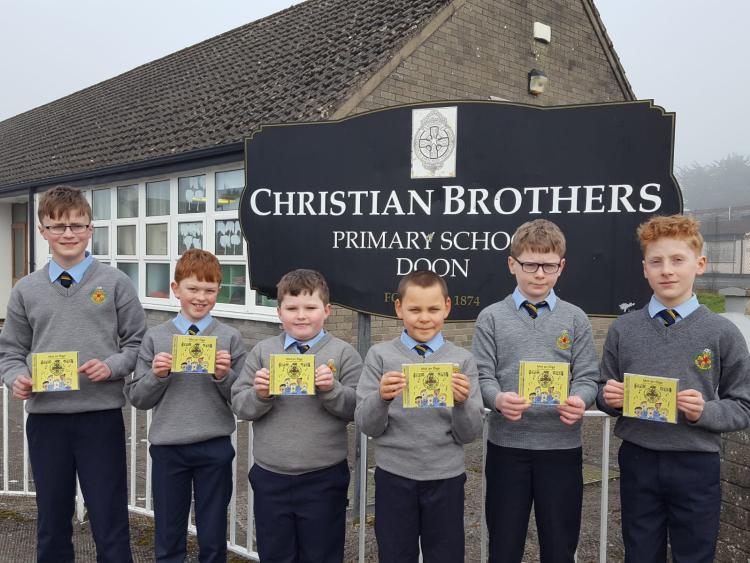 Pupils at Doon CBS are already successfuly published authors and now the students can add music producers to their expanding CV’s after they launch their album Mol an Óige this Thursday in the parish hall.

Students from junior infants to sixth class were busy in the rehearsal studio since January working on their vocals before finally laying down the tracks in a mammoth one day recording session with Pat Murnane in recent weeks.

In 2019, Doon CBS was selected to take part in the Creative Ireland Initiative, a pilot programme which aims to increase creativity in Irish classrooms.

As part of the project, the school expanded its music library by purchasing ukulele’s as well as releasing a book titled Written by Me featuring work from every pupil in the school.

To build on the school’s creative portfolio, last year staff decided the school would put its new musical talents to good work and release a CD. Following a consultation between staff and students, a selection of songs were whittled down to make the cut for the album including the likes of Calendonia, The Script’s Hall of Fame and Avicii’s smash hit Wake me Up which has been given a makeover and recorded by the school ‘as Gaelige.’

Over 30 pupils also helped to create the album artwork which adorns the CD sleeve under the guidance of graphic designer Eamon Byrne.

Teacher Donal O Connell described the project as a phenomenal success that has managed to capture the imagination of every student in the school.

“They just loved it. Whether a student is into music or art this project allowed every pupil in the school to show off their talents.”