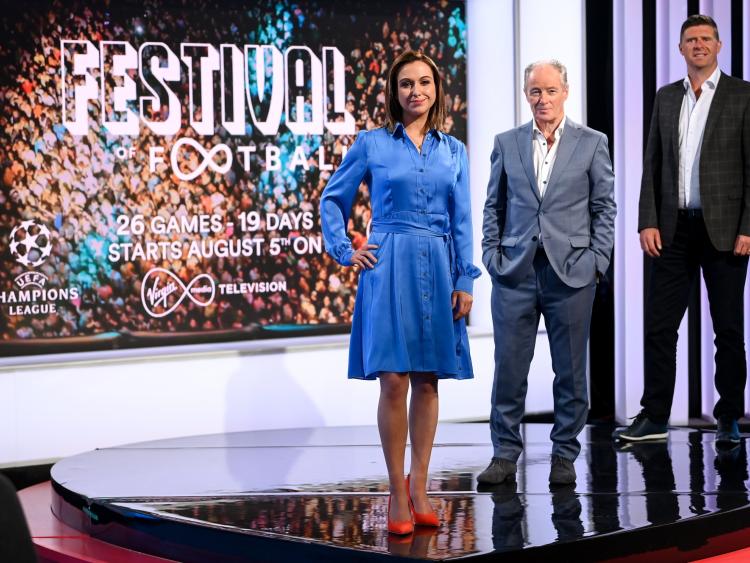 Missing your summer festivals this year? Don’t worry - the UEFA Champions League and Europa League are back with a bang this week as Virgin Media bring you a Festival of Football.

With all eleven Champions League and all fifteen Europa League ties going out across their channels, Virgin Media Television is your V.I.P. backstage pass, the only place where you can watch every live game.

It all kicked off on Mobnday night on Virgin Media One and Virgin Media Sport with the Festival of Football Preview. Tommy Martin and guests looked at where things stand in the Champions League and the Europa League, delve into the ties that are yet to be played and bring you up-to-date on the revised competition formats and draws.

Then on Wednesday, the live football returns with four Europa League Round of 16 fixtures taking place. The acts will be hitting the stage from 5.30pm, with Manchester United v LASK on Virgin Media Sport and Inter Milan v Getafe on Virgin Media Two being the pick of the bunch.

Four more Europa League ties to resolve on Thursday night and again coverage starts at 5.30pm. Sevilla and Roma battle it out on Virgin Media Sport. That is followed by Wolves v Olympiacos on Virgin Media Two.

Each night will offer a new 'Match Choice' feature to watch two games simultaneously side-by-side on a split screen. This will be available to Virgin TV Customers on Virgin Media Sport Extra 6.

Make sure to keep an eye out for the headline acts when both finals will be broadcast live on Virgin Media One. August 21st and August 23rd are the dates for your diary.

FRIDAY - Champions League Round of 16 - Live from 7pm

SATURDAY - Champions League Round of 16 - Live from 7pm