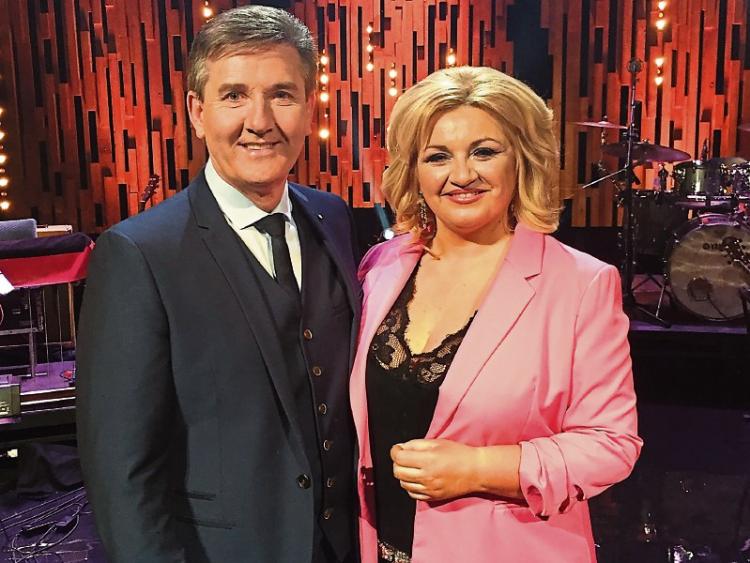 A host of Ireland’s top performers are picking up the phone and reaching out to fans during lockdown in a new campaign fronted by singer Trudi Lalor and her husband Billy Morrissey.

Lalor came up with the novel idea for keeping fans of Irish country music connected with their favourite stars during this lockdown period while presenting her weekly radio show on Tipp FM.

Speaking about the campaign, Lalor said: “We all need some positivity in our lives in these dark times, and I’m aware that so many fans of our music are struggling with not being able to see their favourite singers performing live. In addition to that the whole social aspect of meeting their friends at the live shows, whether it’s at the concerts or at the dances, is having a very negative impact on their lives. I believe it is affecting many of our music fans socially and emotionally, and thus making the whole lockdown process even more isolating .”

“I decided to ask fans of Irish Country Music to get in touch with me, and nominate someone they know who could really do with a phone call from their favourite singer and I would try to make it happen for them.”

“My colleagues in the Irish country music business think it’s a fantastic idea as they are also miss performing live and meeting their friends and fans. So they are as excited as I am about this project.”

So far the response has been phenomenal , with fans and singers alike loving this positive idea. A great new song called “Reach Out” has just been co-written by Billy Morrissey and Nashville’s C.M.A Songwriter of the year the legendary Max T. Barnes.

There are plans in motion for Trudi along with many of her country music friends to record this new song “Reach Out.”
The song will be released to help highlight the movement and garner support to the hundreds of thousands of followers of Irish country music .

Trudi also believes this idea will spread through other genres of music.

“There is no reason why other types of musicians and singers cannot come together to keep in touch with their fans with a personal phone call to a lucky fan. This would mean so much to them. Just imagine someone who is feeling down due to the pandemic and missing their favourite music stars, and then they receive a call from that star,” she added.

Fans can nominate themselves or a loved one to get a phone call from their favourite artist by tuning in to Lalor's radio show on Tipp FM on Sundays from 11am. Further details are available on the Reach Out Facebook page.