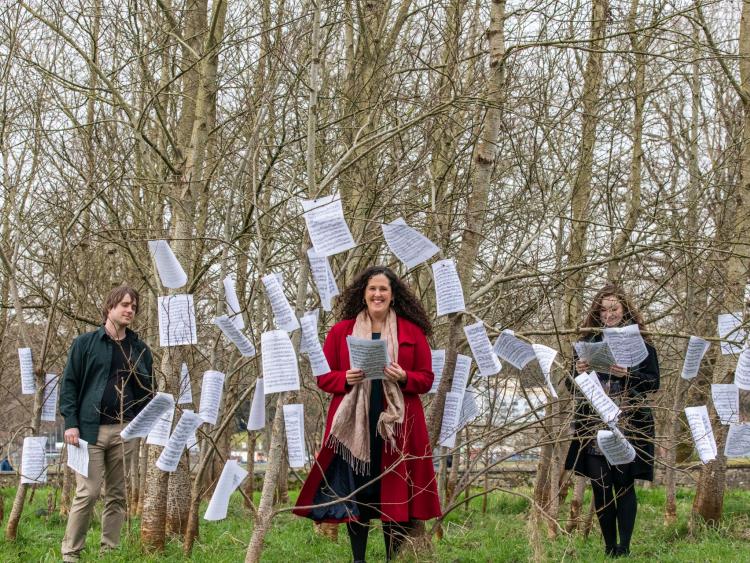 The fourth edition of Finding A Voice, taking place March 5-8, will look very different as it moves online for the first time.
Last year’s concerts took place just before the pandemic and for many of the musicians Finding a Voice 2020 was the last time they played in front of a live audience.

While it is hoped that by next year’s event, live performances will be back stronger than ever, moving on line will give the opportunity to bring the concert series to a whole new audience.

The theme for Finding a Voice 2021 is “It’s About Time” with the idea that many of the concerts will focus on the notion of time in all its different iterations. The opening concert features the percussion music of Keiko Abe; a time travelling programme by three virtuoso musicians; through the elasticity of time in a completely improvised set by two of Ireland’s finest performers.

Along the way, there will be Fanny Mendlesson Hensel’s epic piano piece Das Jahr (The Year), a musical diary of her travels in Italy in 1839-40, as well as Irish composer Rhona Clarke’s beautiful song cycle The End of Day which deals with the passage of time from childhood to old age.

This year, Finding a Voice also celebrates the bicentenary of Pauline Garcia Viardot (1821-1910) one of the most significant musical figures of the nineteenth century.

Over the last four years Finding a Voice has programmed music by more than eighty women composers from the twelfth century to the present day, celebrating the wealth of creativity of women through the ages.

Finding a Voice acknowledges the support of The Arts Council, Tipperary County Council and RTE Supporting the Arts