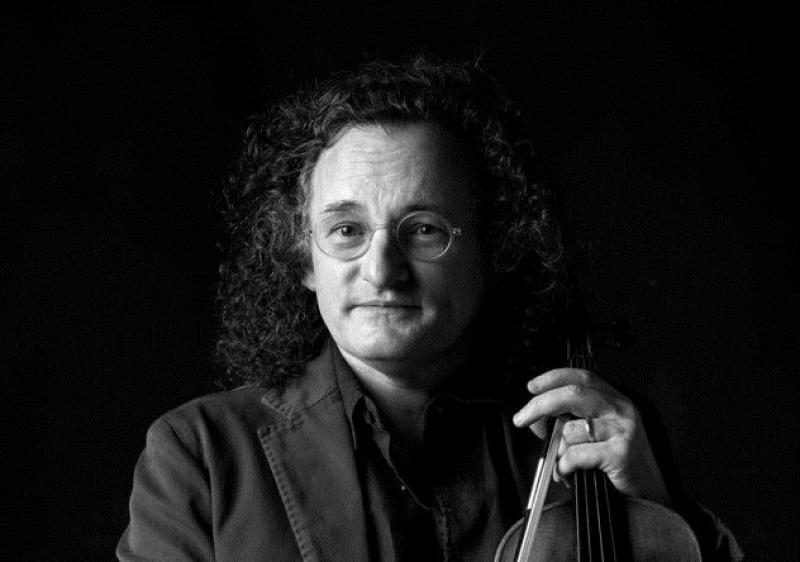 Music Generation Tipperary is delighted to announce that they will be hosting a special one off masterclass for intermediate and advanced fiddle players with one of Ireland’s most well-known musicians, Co. Clare fiddler Martin Hayes, to celebrate World Fiddle Day 2021, on Saturday, May 22.

Following on from the huge success of their celebration of World fiddle day last year, where they hosted acclaimed fiddle player Zoe Conway, and their online traditional ‘session’ programme, hosted monthly on their Facebook page, this event marks another magnificent opportunity for young traditional musicians in Co. Tipperary to receive advice from some of Ireland’s top professional performers.

Martin Hayes is regarded as one of the most significant talents to emerge in the world of Irish traditional music.
His unique sound, his mastery of his chosen instrument – the violin – his acknowledgement of the past and his shaping of the future of the music, combine to create a formidable artistic intelligence.

He has drawn inspiration from many musical genres, but remains grounded in the music he grew up with in East County Clare.
He has a unique ability to place the tradition within a wider contemporary context, creating a unique and insightful interpretation of Irish music.

Martin has been recognized as Musician of the Year (Gradam Ceol) from TG4, Person of the Year by the American Irish Historical Society in New York City and is recipient of the annual Spirit of Ireland award from the Irish Arts Center NY.

He founded the seminal Irish American band, The Gloaming, with whom he tours internationally and with whom he shared the prestigious Meteor Prize in 2014 for their debut album.

Martin was the recipient of six All-Ireland championships before the age of nineteen and spent his youth playing in his late father, P. Joe Hayes’ Tulla Celi Band, which has now been together for more than 70 years.

Speaking about the workshop, Music Development Officer with Music Generation Tipperary Aidan O’Donnell said “We are really excited to work with one of the true masters of Irish traditional music in Martin Hayes, and I think this is a massive opportunity to have a class, to listen and get advice from a genuine giant of the tradition. Martin doesn’t give very many classes like this, so its an opportunity that mightn’t come up for a very long time again. If I was a young fiddler again, I would definitely be signing up for this! We are also really happy to offer these sorts of programmes and events to support the amazing work being done by young people and their teachers across Tipperary, especially during Covid-19, where not being able to meet up to play has a direct impact on the social heart of the arts”.

This workshop is a steal at 10 euro per participant.

To sign up for this workshop, which goes live on Saturday May 22, or to find out more about any of the ongoing programmes offered by Music Generation Tipperary, contact musicgeneration@tipperaryetb.ie.