Galway-based trio to appear in Clonmel this Sunday evening 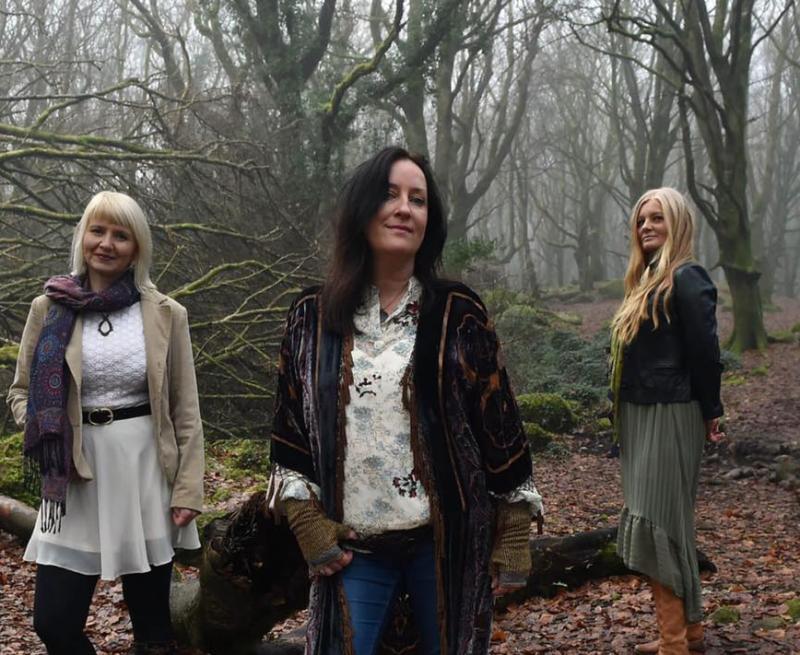 The Raines, whose line-up includes Ruth Dillon from Clonmel (centre), along with Juliana Erkkonen and Yvonne Tiernan, will appear at Clonmel's Hotel Minella next Sunday evening

Fresh from the success of their second single, Love is Sublime (til it draws out its gun), Galway-based trio The Raines will appear at Clonmel's Hotel Minella this coming Sunday night, August 15.

They were delighted with the success of Love is Sublime...which went straight to the number one spot in the iTunes singer-songwriter singles charts and entered the overall charts at number eleven.

One of five children, Ruth Dillon was born and raised in Clonmel and her brother is the renowned artist and puppeteer Des Dillon.
She moved to Galway to study hotel management, after which she spent a year in Boston. This proved an important time in her life, when she bought her first Martin guitar, which she still plays to this day, and started to write songs.
During a brief visit to San Francisco in 1996 she joined some musicians on stage and was spotted by John Faulkner, the then musical director for Dolores Keane, the world-renowned Irish traditional singer.
He asked her to sing on Dolores’ next album, after which she spent the next five years touring the world and performing with Dolores’ band. Around this time Ruth wrote her first solo album Silent Thief, which was released in 1999. She released her second solo album, Woken, in 2005.
Ruth’s musical CV also includes a CD of Irish songs called Fior Uisce, and she spent some time in Europe singing with the shows Celtic Legends and Irish Spring.
She was in the bluegrass band The Molly Hicks for four years, when they released two albums and travelled and toured in Europe and USA. Her musical journey reached another stage in 2007 when she completed a Masters degree in Community Music at the University of Limerick, and she now does some freelance work as a music facilitator with people with learning difficulties and special needs.
As part of this work, she travelled to Java in Indonesia to train in Gamelan music, which is the traditional ensemble music of Indonesia. Ruth now lives in Connemara with her husband Dara and nine-year-old son Oisin.
The award-winning producer Brian Masterson, famous for his work with The Chieftains, Van Morrison, Willie Nelson and The Bothy Band, mixed and mastered The Raines’ latest single.

Their appearance in Clonmel's Hotel Minella this Sunday is part of their summer series of gigs, in association with the Live performance support scheme.

The Raines go on stage at 7pm, followed by a barbecue and later that evening Super Soul Machine will perform.

It is also possible to buy separate tickets to The Raines' performance only.
Contact Hotel Minella for all ticket information at 052-6122388.

Tipperary students warned to be aware of student accommodation scam