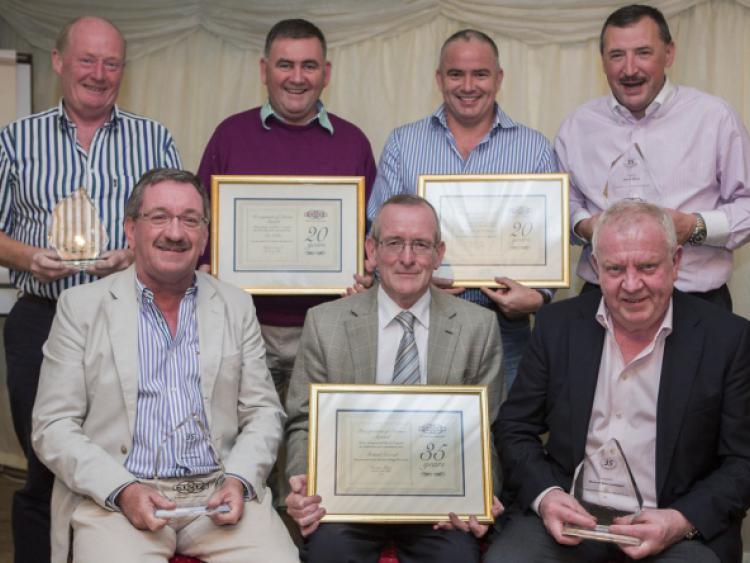 When people work for a long time with one company, it indicates that it’s a great place to work and Kentz prides itself on its high level of long-serving employees.

When people work for a long time with one company, it indicates that it’s a great place to work and Kentz prides itself on its high level of long-serving employees.

In Clonmel recently the company celebrated long-service awards with 12 long-time employees from far flung places around the globe.

Between them, these 12 have over 270 years service with Kentz, most impressively four of whom have reached 35 years with the firm this year.

Founded in Clonmel in 1919 and now operating in 30 countries with over 14,000 employees, the Kentz Group remains very proud of its Irish heritage.

This long-service award event coincided with Kentz hosting its Group Sales Forum in the town.

Over 40 senior personnel travelled from the Far East, Russia, Australia, the Middle East, Africa and the Americas. The Irish members of the team from all corners of the country were delighted to return home for a few days and get the chance to catch up with family and friends. Their international colleagues also welcomed the opportunity to visit Ireland.

Local chef, Barbara Russell provided the catering skills at a function held on the Kentz office grounds at Gurtnafluer during the week. To unwind after a busy few days the keen golfers among the group played a round of golf at Dundrum House Hotel Golf and Leisure Resort.

Another notable event was the recent retirement of Mary McGrath, Senior Recruitment Officer, after 34 years’ service. During her career at Kentz Mary recruited thousands of employees for projects around the world and was very dedicated to the Kentz people working away from home.

Mary is held in the highest esteem within the Kentz family and will be sorely missed by her colleagues and friends around the world.