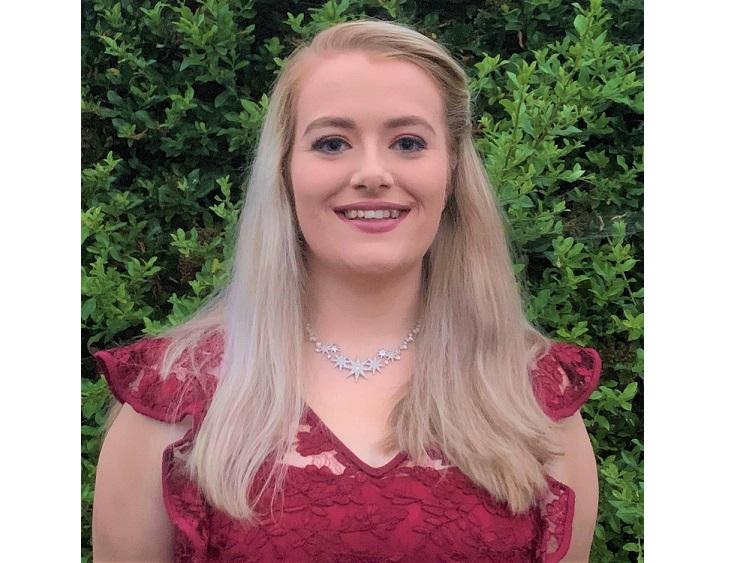 Clodagh Ryan will represent North Tipperary at the Queen of the Land Festival in Tullamore next month, November 8 to 10

Clodagh Ryan will represent North Tipperary Macra at the 55th Annual Tullamore Credit Union Queen of the Land Festival, which is being organised by members of Offaly Macra na Feirme. The Festival will take place November 8 to 10, 2019 in Tullamore, Co. Offaly.
Clodagh is a 25 year old Animal Evaluation Analyst with ICBF from Cabra. She is an active member of Thurles Macra na Feirme and is currently the club chairperson. Thurles Macra club was restarted 2 years ago and Clodagh represents it on the County Executive as young farmers chairperson. Some of her many hobbies and interests include breeding and showing Charolais pedigree cattle. Clodagh says that winning the title of the Queen of the Land 2019 would mean so much to her - It would provide her with a platform to make a real difference in the agriculture sector which is essential in these times of adverse trade deals, climate change, increasing welfare issues and changing diets. She is also following in her mother, Maura’s, footsteps who represented Limerick in the Queen of the Land Festival in 1984.
Clodagh has a jam-packed schedule for the Festival weekend. She will meet with the other 28 finalists for a tour of county Offaly, stopping at Clonmacnoise and Dan & Molly’s in Ballyboy, a small thatched pub favoured by locals. That evening, the Queens will return to the town for the Grand Opening at the Tullamore Credit Union at 6pm and followed by Bingo Bongo madness and the very entertaining Dooley Brothers in Hugh Lynches.
Saturday starts early for Clodagh as she enters her private interview with the judges. This years judges include Denis Delaney, CEO of Tullamore Credit Union; Amii McKeever, Editor of Irish Country Living; and of course, the lovely Louise Crowley of Limerick who won the title last year of Queen of the Land 2018. She will be pampered by the wonderful make up artists and Ritzy’s hairdressers over the weekend.
The hotly anticipated event of the Festival is of course when the Queens meet the Paupers. Each Queen will be matched with a well trained escort. The escorts themselves will be put in the hotseat at 3pm in the Phoenix Bar where MC Adam Burke of Enfield Macra will grill them!
But later that evening is the girls turn to take the stage. At 6pm, the Queens begin their on-stage interviews in the Bridge House Hotel with MC Will Falkner, the much loved Midlands 103 DJ. The entertainment line up is massive this year with Joe Wynne, the Groomsmen, DJ Jason, Big Generator and, iRadio DJ and 1990’s hitmaker, DJ Mark McCabe!!
On Sunday morning, the Queens meet with the local people at Sunday Mass in the Church of the Assumption Tullamore. The Black Tie Banquet includes a four course meal hosted by the Bridge House Hotel. All followed by band the LOLs and a DJ till late, interrupted only at midnight to announce the winner of the 2019 Tullamore Credit Union Queen of the Land!
More details available on www.queenofthelandfestival.com