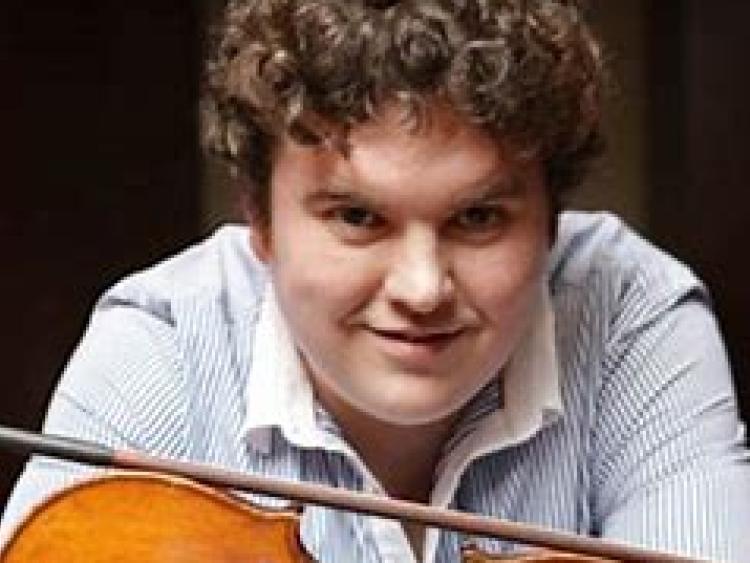 Aidan O’Donnell is widely regarded as one of Irish Traditional music’s foremost musicians. TG4 Ceoltóir óg na mBliana (Young Musician of the Year) 2010, Aidan has experience in many sides of the musical arts, performing and touring internationally both as a solo performer and with his award winning band FIDIL.

He has performed with Grammy award winning and nominated artists such as Tim O’Brien (USA) and Solo Cissokho (Senegal), as well as some of Ireland’s finest musicians, including Micheál Ó Suilleabháin (RIP), and both the RTÉ Symphony and Concert Orchestras.

Aidan, who is from Donegal but who has been a Tipperary resident since 2014, has also ran a successful music school in Thurles, Co. Tipperary. He is a regular panelist for the Arts Council and a current committee member of Cairdeas na bhFidiléirí.

He a also development officer with Music Generation Tipperary.

I've three little girls, 4, 2, and 6 months, so generally its around doing things with them. I love Templemore park in good weather, and the girls love the fairy trail there and the playground, so when the weather is good we generally like to go there. There are some really good trails around Tipp too.

Of course, being a musician, I have to mention something musical, and Tipp has loads to offer. I think the trad night in the

Monks in Thurles is hard to beat, although I don't get there anywhere near enough with the smallies at home! Then again, I'm sure most Tipperary people would agree, in a perfect weekend, it would be hard to beat seeing Tipp giving the Cats a good hammering in Semple Stadium!

I'm not sure I've been here long enough to qualify to answer that question! Tipperary has some incredible people though, sporting, political, musical, in the arts, and they've all had their own impact in shaping both the county and Ireland as a whole. Too many to mention here I think!

I first played football here years ago believe it or believe it not! I played underage county football for Co. Donegal, where I'm from, and we played in Semple Stadium! I forget how or why we were playing there, but there were a few games there that day, and it was incredible to play a competitive game there for your county, even at that early age.

I live in Thurles, so I better say that! There are some beautiful places across the county though. Where I come from, I grew up between the sea and cliffs/ mountains, so I'm always drawn to places like the Devil's Bit and The Vee, they're so scenic and remind me a bit of home too.

Not really, again arts in Tipperary are so varied its hard to pick. I should probably plug an up and coming young writer, and a cousin of mine, Natalia McIntyre from Nenagh! She's still at school but has already had some bits published in the local press, and I'm sure she has a bright future! Remember the name! Id be surprised if we're not reading more from her in years to come!

Definitely the Covid 19 outbreak. People really need to stay at home and not get this. I have had contact on social media from friends who have it; fit people in their 30’s and 40’s, and I can tell you that none of us want this. They are fighting for their lives. Everyone is at risk. STAY AT HOME!

Through my work with Music Generation Tipperary, I hope to have the power after the Covid 19 outbreak to help as many children and young people as possible, regardless of background or their particular personal situations, to access music and give them the opportunity to engage with themselves through music.

I don't think Music Generation Tipperary is going to necessarily 'change' anything about Tipperary, but we will be working with existing providers and musicians to work to achieve the simplest of ideas; that everyone has a right to music, and that each child has an innate artistry.

Sounds simple, but really hard to achieve, and it is going to take some time! But, music really is such a powerful thing. Its something inherently human. In the modern world, we are subjected to so much information and a huge amount of that information can be negative, and in my opinion, engaging with music helps re-centre people from that, and allows them to feel. In particular, it is really important for mental health, where through music, people can engage with different emotions and know that it is ok to engage with and feel those, that they are basic principles of the human experience. Music relaxes us, excites us, makes us sad, and that is all ok.

I think on a positive note, there are so many talented young people around this county, and I really look forward to trying to work with them to facilitate their creative growth and the growth of their individual and collective identities through music making.